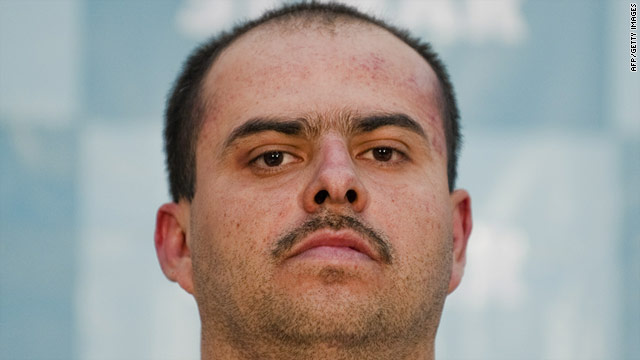 (CNN) -- Mexican authorities are tightening the noose around the drug cartel cell allegedly responsible for the killing of a U.S. immigration agent this month.

Mora was the boss of Julian Zapata Espinoza, the cartel member accused of killing Immigration and Customs Enforcement agent Jaime Zapata on a San Luis Potosi highway on February 15.

He was captured in the city of Saltillo in a hotel where he was staying along with five other accomplices, the agency said.

Mora reported directly to Miguel Trevino Morales, one of the Zetas' top leaders, the agency said. That made him a high-ranking trafficker who oversaw finances, transit routes, weapons and money in San Luis Potosi, the agency said.

In addition to the boss of the San Luis Potosi drug cartel cell, authorities on Sunday arrested the group's bookkeeper.

Luis Miguel Rojo Ocejo, known as "El Oso Rojo" or "Red Bear," handled finances for the cell linked to the U.S. agent's killing. Authorities did not link him directly to the agent's death.