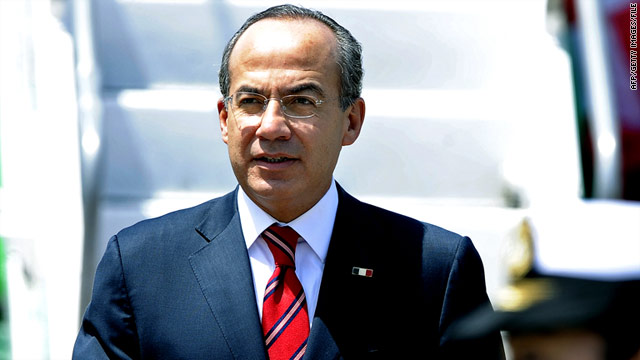 Mexican President Felipe Calderon began cracking down on drug cartels in 2006. The Mexican government says there have been more than 34,600 drug-related deaths since then.
STORY HIGHLIGHTS
RELATED TOPICS

Both attacks occurred in the city of Torreon, Notimex reported.

In the first, which happened around 5:40 p.m. Saturday, three men opened fire at a bar, killing four people and injuring nine, the agency said.

The Mexican government says there have been more than 34,600 drug-related deaths since President Felipe Calderon began a crackdown on cartels in December 2006.