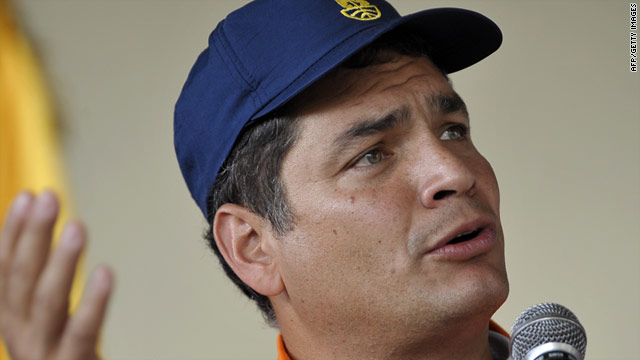 (CNN) -- The peace process in the Middle East may be stalled, but the balance between Israel and the Palestinians continues to shift in other ways. In the past month, five Latin American countries have added their names to the list of nations officially recognizing a Palestinian state, and more are on the horizon.

Chile announced its formal recognition of a Palestinian state Friday. Brazil, Argentina, Bolivia and Ecuador chose the end of the year as the time to make their declarations, which may have little effect on the situation on the ground, but nonetheless gives the Palestinians a boost in the international arena. The countries join Cuba, Venezuela, Nicaragua and Costa Rica, which had already granted diplomatic recognition.

The sudden spate of announcements shows the Latin American region is trying to increase its role in the Middle East conflict, and because the position is contrary to that of its influential neighbor to the north.

The Brazilian government said that its "initiative is in accordance with Brazil's historical willingness to contribute to the peace process between Israel and Palestine, whose direct negotiations are currently on hold, and it is in line with U.N. resolutions, which have demanded an end to the occupation of Palestinian territories and the construction of an independent state" within the 1967 borders.

Ecuador, meanwhile, noted that, "Sadly, the Middle East continues to face wars and violent events that have led to the death of many innocent people, a situation contrary to the humane and pacifist position established by the Ecuadorian Constitution. This recognition is meant to reinforce the valid and legitimate wish of the Palestinian people to have their own free and independent state."

While Israel and the United States may not be happy with the pronouncements, there is nothing sinister behind the moves, said Christopher Sabatini, senior director of policy at the Americas Society and Council of the Americas.

Rather, the recognitions of a Palestinian state reflect "a much more concerted effort (by Latin America) to insert itself in global politics beyond the hemisphere," he said.

It's a show of "diplomatic muscularity," he said, describing it as an effort to balance some of the politics in the Middle East.

Uruguay has already announced that it will formally recognize a Palestinian state early this year.

Israel is expecting that Uruguay and Paraguay will formalize their relations with the Palestinians, said Yigal Palmor, a spokesman for the Israeli foreign ministry.

Israel has been in diplomatic contact with these countries and "we have made out arguments to them," he said.

The Israeli argument is that by giving recognition, nations are giving the Palestinians a way around recognition through negotiations and dialogue.

"By making this unilateral recognition, they are actually encouraging the Palestinians not to return to the negotiating table," Palmor said.

"The battle has been decided in favor of the Palestinian diplomacy and Israel knows that this is a losing battle," Al Maliki said.

The biggest boon for the Palestinian side may have been Friday's announcement by Chile -- led by a conservative government and a close ally of the United States.

"What we must do is support the peace process between the two countries with the international community. ... That's why we support the resolution to grant the Palestinian people the right to become a state," Chilean Foreign Minister Alfredo Moreno said. "The Chilean president will be visiting Israel and Palestine in March."

Chile's move to recognize a Palestinian state could be driven more by internal reasons that external ones, Greg Weeks, associate professor of political science at the University of North Carolina-Charlotte, said before Chile announced its decision.

Chile has one of the largest Palestinian populations outside of the Middle East, he said. An estimated 350,000 to 500,000 Palestinians, many of them Christians, live there.

As for the timing of the announcements, Weeks said that there is a feeling that the peace process is stalled, "so Latin American countries took that opportunity to make their voice heard."