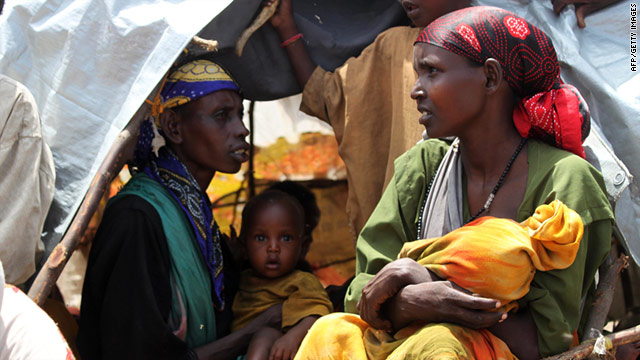 The African Union plans to host a delayed summit to raise funds for the drought-struck Horn of Africa region.
STORY HIGHLIGHTS
RELATED TOPICS

(CNN) -- The African Union plans to host a delayed summit Thursday to raise funds for famine victims amid mounting criticism over the continent's weak response to the disaster.

The meeting originally planned for August 9 was postponed this month even as the organization called on urgent aid to the drought-struck Horn of Africa region.

"Urgent humanitarian assistance is crucial to alleviate the impact of the drought, which has deprived people from water, sanitation, health, basic food and nutritional needs," the 54-nation body said in a statement announcing the delay.

It did not give a reason for postponing the meeting, which will be held at its headquarters in Addis Ababa, Ethiopia.

A drought in the Horn of Africa region straddling Ethiopia, Kenya and Somalia has left nearly 12 million people in need of assistance.

Somalia is especially badly hit, with a famine declared in some parts of the nation.

Relief efforts in Somalia have been hindered by the ongoing battle between Islamist rebels and the transitional government, which holds little sway beyond Mogadishu.

Aid agencies have urged the international community to ramp up help as thousands flee Somalia each week in search of food and water -- many walking for days in the sweltering sun to refugee camps in Kenya and Ethiopia.

The meeting comes as aid groups urge the continent's leaders to step up their efforts.

"The African Union has so far pledged only $500,000 for the aid effort, and most key governments have pledged even less or nothing at all," Oxfam said in a statement this month.

Only a handful of African nations have donated to the effort, according to Oxfam.