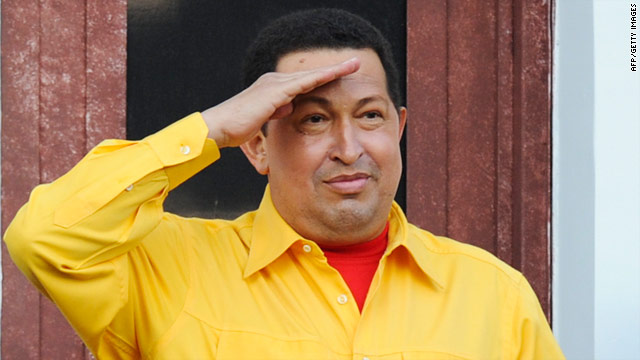 Hugo Chavez has demanded respect and protection for his country's ambassador and embassy staff in Libya.
STORY HIGHLIGHTS
RELATED TOPICS

Chavez demanded respect and protection for his country's ambassador and embassy staff, and condemned the "imperial insanity" that he said was behind the "destruction" of the North African nation, Venezuela's state-run VTV reported.

"The drama of Libya does not even end with the fall of (Moammar) Gadhafi's government," Chavez said. "It is only beginning."

Chavez and Gadhafi are close allies.

The Venezuelan president has spoken out numerous times since the unrest erupted in Libya, accusing the United States and other countries of blowing the situation out of proportion to justify an invasion.

On Tuesday he said Venezuela would recognize only a Libyan government led by Gadhafi.

"From here we confirm our solidarity with the Libyan people, our brother that is being assaulted and bombed," the state-run AVN news agency reported.