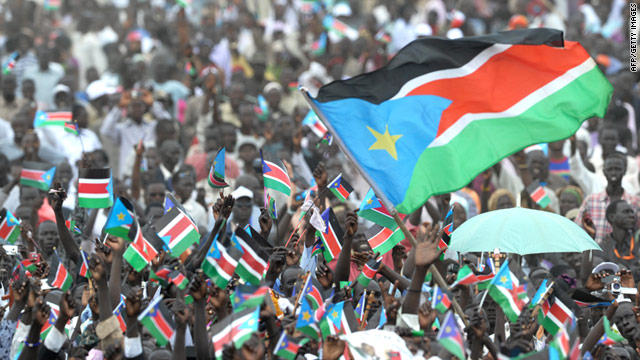 (CNN) -- The African Union has admitted South Sudan as its 54th member, marking another recognition for the world's newest nation.

South Sudan got its independence from Sudan this month following decades of conflict that left millions dead.

Its sovereignty officially broke Africa's largest nation into two, the result of a January referendum overwhelmingly approved by voters.

The referendum was part of a 2005 peace deal that ended decades of civil war pitting a government dominated by Arab Muslims in the north against black Christians and animists in the South.

Both countries have not reached an agreement on their borders, the oil or the status of their citizens. African Union officials are expected to join talks to help resolve outstanding issues between the two sides.

South Sudan is the latest addition to the continental body since Eritrea joined in 1993 following its split from Ethiopia.

The African Union said it received a majority of votes -- including from Sudan -- for the world's newest nation to join the bloc.

South Sudan became the 193rd member of the United Nations on July 14.