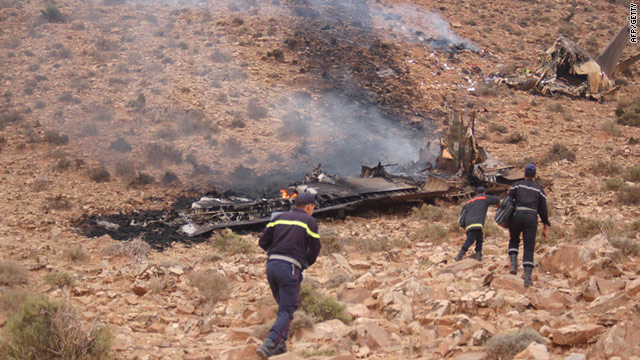 Rescuers arrive at the site where a military transport plane crashed in southern Morocco, with reports of 78 people dead.
STORY HIGHLIGHTS
RELATED TOPICS

The aircraft, belonging to Morocco's Royal Armed Forces, crashed into a mountain as it attempted to land at a military airport about eight kilometers (five miles) away, the news agency said. Three people were hurt.

Ali Anozla, managing editor of Lakome, said local sources told him the cause of the crash was bad weather.