Sudanese troops to withdraw from disputed region under deal 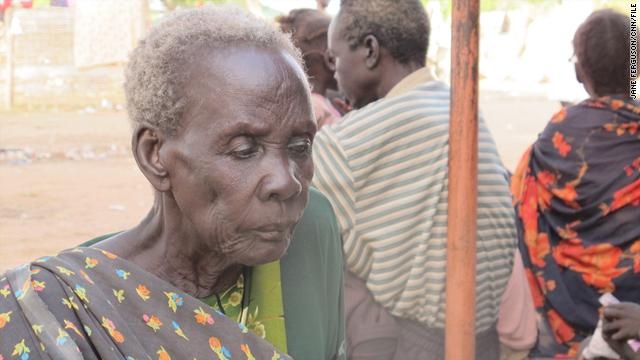 Tens of thousands of people displaced from Abyei fill the village of Touralei in Southern Sudan this month.
STORY HIGHLIGHTS
RELATED TOPICS

(CNN) -- Representatives of Sudan and Southern Sudan have signed an agreement calling for the immediate withdrawal of Sudanese troops from the disputed Abyei region.

The agreement, signed in Addis Ababa, Ethiopia, also calls for the deployment of a brigade of that country's troops to serve as peacekeepers.

The agreement calls for joint administration of the area by Sudan and Southern Sudan, which is scheduled to become an independent country known as South Sudan in three weeks.

"It will also bring to an end this threat of violence and actual violence in the area," said former South African President Thabo Mbeki, head of the African Union panel that brokered the deal.

The chief of Southern Sudan's mission to the United Nations, Ezekiel Lol Gatkuoth, hailed the agreement.

"We reiterate that Abyei belongs to both the north and the south, and it will continue to do so until the people of Abyei decide otherwise," he said in a statement prepared for delivery to the U.N. Security Council.

Fighting broke out in Abyei in May after Southern Sudanese forces attacked a U.N. Mission in Sudan convoy escorting troops from Sudan.

The attack resulted in the death of at least 22 soldiers and retaliation by Sudanese troops -- who took control of Abyei and kicked Southern Sudanese forces out.

The takeover was followed by violence, looting and the displacement of tens of thousands of people.

More than 360,000 people have been displaced in Sudan in the last six months, half of them in the last month, according to Susan Rice, the U.S. ambassador to the United Nations, citing U.N. figures.

Rice welcomed news of the agreement but told the Security Council that much work remains to be done.

"Now comes the crucial task of full and timely implementation," she told the council.

"Unfortunately, the situation in Abyei is by no means the only crisis facing the people of Sudan," Rice said.

"We are less than three weeks away from independence in south Sudan, and the situation in Sudan poses an urgent threat to the safety and security of the Sudanese people as well as a threat to international peace and security that continues to merit this council's sustained attention and resolve," she said.

She described fighting in South Kordofan as "horrifying" with "ongoing and intense" aerial bombardment threatening both civilians and U.N. personnel.