Michelle Obama and her daughters arrive in South Africa 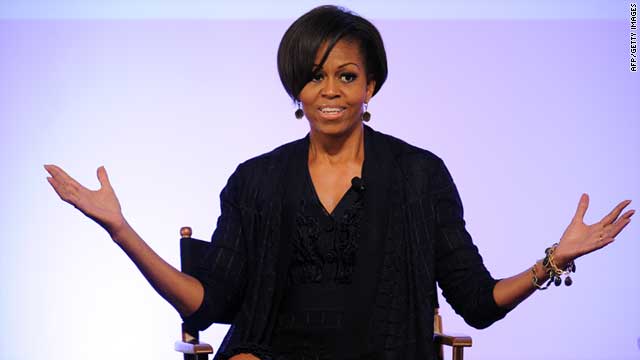 (CNN) -- First lady Michelle Obama arrived in South Africa on Monday for the start of a weeklong trip that officials have said will focus on youth leadership and education, and include meetings with key figures in the anti-apartheid struggle.

She touched down in Pretoria, South Africa, on Monday night and was greeted by U.S. Ambassador Donald Gips and his family. Obama is traveling with her two daughters, Sasha and Malia, her mother, a niece and a nephew on what officials have said is her fourth trip to the continent and her second solo official visit.

While in South Africa, the first lady is expected to meet with South African President Jacob Zuma. She is also scheduled to visit Botswana this week.

Obama will highlight the benefits of education and wellness, and urge youth in the continent to be part of the national dialogue, according to the White House.

"The trip is a continuation of Mrs. Obama's work to engage young people, especially girls and young women, at home and abroad," the White House said.

She is scheduled to visit Robben Island, where Nelson Mandela was held for the majority of the 27 years he was in detention for fighting apartheid.

The schedule released by the White House did not mention a meeting with the 92-year-old former president.

The trip also includes a meeting with Nobel laureate Archbishop Desmond Tutu, and a visit to Soweto and the site of the 2010 World Cup.

Her visit to neighboring Botswana will include a tribute to girls overcoming hurdles to success.

In addition to visits with top leaders, Obama will also attend a series of public events, meet embassy officials and take part in community service projects in both countries.

After a safari, she is scheduled to depart from the Botswana capital of Gaborone on Sunday.

Her visit marks the second to sub-Saharan Africa by a member of the Obama family since the president took office more than two years ago. President Barack Obama went to Ghana in 2009.