Gates: U.S. to use Predator drones in Libya 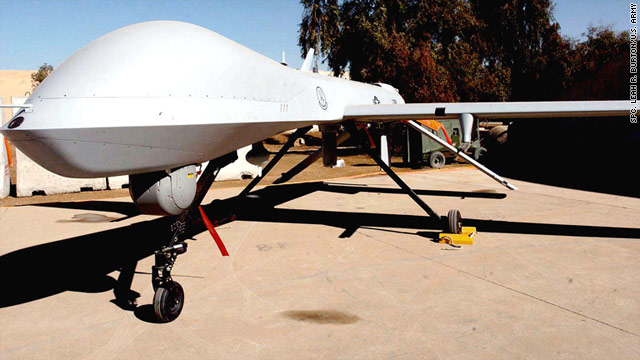 Gates suggested that the unmanned Predator missions may have already begun. He said he believed that the first flights were launched Thursday but were called back due to poor weather.

"The president has said that where we have some unique capabilities, he is willing to use those," Gates said. "And I think that today may in fact have been their first mission."

Gates said the Predator drones offer a "modest contribution" to NATO efforts to support rebels fighting embattled Libyan leader Moammar Gadhafi's forces there, though Gadhafi is not a specific target.

He said the drones are needed for humanitarian reasons, and they have capabilities that larger aircraft such as A-10s and C-130s cannot provide.

"It's very difficult to identify friend from foe," Cartwright said, noting that the drones facilitate identification of individuals on the ground.

The U.S. employed the use of unmanned drones early in the NATO campaign, but they were intended for surveillance only and not authorized to fire.