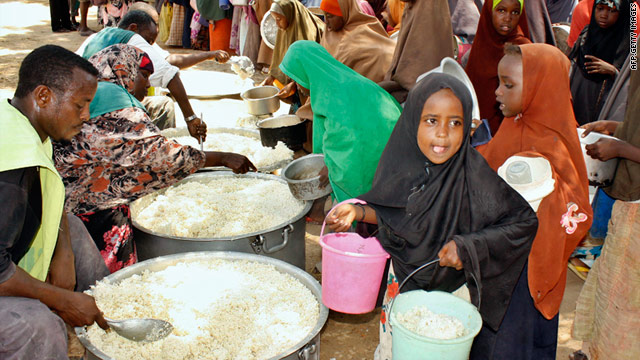 (CNN) -- The last 10 years has been the deadliest on record for humanitarian workers, according to a new United Nations study. The report, commissioned by the Office for the Coordination of Humanitarian Affairs, states "In the last decade, lethal attacks against humanitarian personnel have tripled, reaching over 100 deaths per year."

Most of the violence can be attributed to just a few conflicts. Since 2005, there have been 180 major attacks in Afghanistan, 150 in Sudan and 100 in Somalia. And while the deaths of international staff working for the United Nations and non-governmental organizations make the headlines, the report concludes that the locally hired "national staff, constituting over 90% of the staff in the field, have borne the brunt of security risks."

Jan Egeland, a former emergency relief coordinator for the U.N., said the report shows that a balance has to be struck between having a humanitarian presence on the ground and the risk taken. "In 35 conflicts around the globe and 400 natural disaster, there will be humanitarian workers," and that deployment has to work within a risk management culture, Egeland said.

The reasons for such attacks on humanitarian personnel vary but broad patterns can be identified, the report says, such as: deliberate attacks on humanitarian operations because they are perceived to be affiliated with a party to conflict; high levels of criminality and banditry; indiscriminate and terrorist attacks in areas populated by civilians, and lastly, operating close to active hostilities, including airstrikes and ground operations.

"Perceptions of affiliations with political and military agendas have eroded acceptance of humanitarian actors as impartial, neutral and independent," the report says.

The study found fault not only with the parties on the ground but also those in charge. "(It) found that some host and donor governments, and at times the U.N.'s political actors, have created unfavorable conditions and outright constraints to the forging of secure humanitarian access. They have done so by hindering the necessary work of humanitarian negotiation" with all parties of the conflict.

"While noting that the cultivation of acceptance through sustained humanitarian dialogue is the foundation for secure humanitarian access, this study acknowledges that acceptance has its limits in highly violent settings and may need to be complemented by other security measures, including protective and, at times, deterrent measures," the report ends.