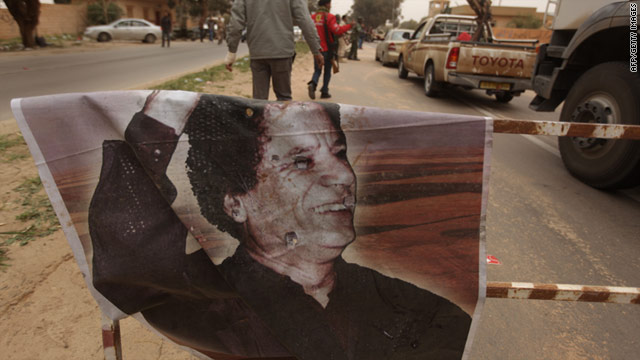 (CNN) -- The United States government on Tuesday took steps to boost opposition forces attempting to oust Libyan President Moammar Gadhafi by freezing the assets of that country's foreign minister and identifying 16 companies operating in the U.S. that are owned or controlled by the regime.

The White House said Tuesday it also looking for ways to use some of the $32 billion in assets frozen by U.S. sanctions to aid Libyan anti-government groups.

"We are exploring authorities to free up some of the seized regime assets," Obama administration spokesman Jay Carney told reporters on Tuesday.

The action taken by U.S. Treasury Department against Libyan Foreign Minister Moussa Koussa not only freezes his assets under U.S. jurisdiction, it also makes it illegal for individuals to do business with him. The Treasury Department did not give any indication of the value of his assets.

"Today's designation of Moussa Koussa builds on the strong steps taken by the United States to apply targeted, financial pressure on the Gadhafi regime," said Acting Under Secretary for Terrorism and Financial Intelligence David S. Cohen in a prepared statement.

It is illegal for U.S. entities to do business with any of the 16 companies identified by the Treasury Department as under Libyan government control or ownership because of an executive order issued by President Obama on February 25.

The list of banned Libyan entities includes Gadhafi and his children, senior government officials and their spouses and children as well as anyone involved in "the commission of human rights abuses related to political repression in Libya."