Chavez garners support from allies for 'goodwill commission' to Libya 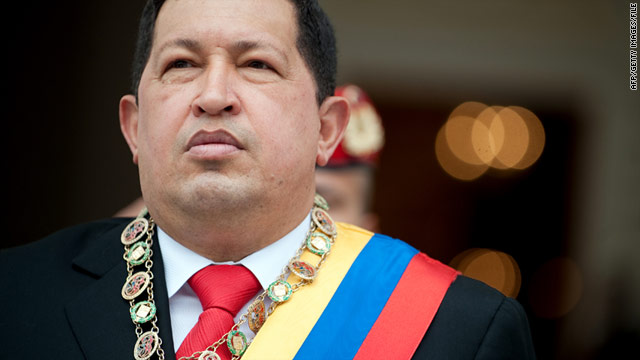 (CNN) -- Venezuela's president has garnered support for his proposal to send a goodwill peace commission to Libya from a leftist group that includes several other Latin American countries.

"ALBA supports the initiative of peace and unity of Venezuelan President Hugo Chavez to create an international humanitarian commission for peace and the integrity of Libya," said a statement read by Cuban Foreign Minister Bruno Eduardo Rodriguez after a meeting in Caracas Friday.

ALBA, or the Bolivarian Alternative for the Peoples of Our Americas, includes Bolivia, Nicaragua, Honduras and Ecuador, among other nations. Chavez and his allies founded the group a few years ago in attempt, they said, to counterbalance United States influence in Latin America.

The group's Friday statement said a goodwill commission would aim to "avoid military aggression from NATO, as part of the efforts the international community must make to help the Libyan people."

Chavez first proposed the commission in a speech in Caracas Monday. He has said Libyan President Moammar Gadhafi is receptive to the idea.

But Chavez has not provided details about the makeup of the group, or said whether there are any plans for such a commission to travel to Libya.

"We must make a very large effort, very large. We cannot lose even one day," Chavez said, stressing the importance of making contacts and building a commission "that goes as soon as possible to Libya."

Chavez has spoken out several times since unrest erupted in Libya, accusing the United States and other countries of blowing the situation out of proportion in order to justify an invasion.

"These people are on the hunt... like piranhas, where there is a small opportunity they sink their teeth," Chavez said Friday.

At a lavish Tripoli celebration commemorating 40 years of Gadhafi's leadership in 2009, the two leaders sat side-by-side during a two-hour military parade. That same year, a new football stadium in Benghazi was named after the Venezuelan leader.

As rumors swirled about Gadhafi and his whereabouts last week, some suggested that he may be en route to Venezuela. Those reports proved to be false; the Libyan leader later spoke publicly in his country's capital.

The U.N. Security Council over the weekend voted for tough restrictions and possible war crimes charges against the Libyan regime. The United States has said all options are on the table.