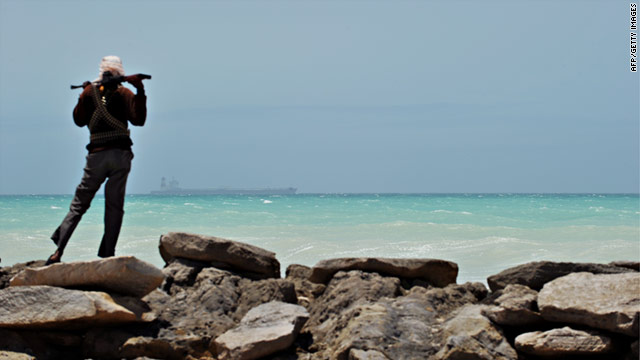 Piracy is rife in the waters of the Indian Ocean, off the coast of Somalia, with dozens of ships attacked in recent months.
STORY HIGHLIGHTS

(CNN) -- Pirates have seized a Danish yacht with seven people -- including three children -- on board, the Danish Foreign Ministry says.

The boat, carrying a family of five including the youngsters, aged 12 to 16, and two crew members, was hijacked in Indian Ocean on Thursday, February 24.

On Monday the Foreign Ministry confirmed a distress signal had been received last week, and that it was doing "everything in its power" to assist the captives.

"It is almost unbearable to think that there are children involved," said Danish Foreign Minister Lene Espersen, who condemned the pirates' actions.

"I am obviously deeply concerned about the situation and I would like to express my profound condolences to the Danes on the ship and their families," she said.

It is almost unbearable to think that there are children involved
--Lene Espersen, Danish Foreign Minister

"We will do everything in our power to assist them." Espersen said the Ministry would not be commenting further on the case, "since previous experience shows it does not benefit the solution."

The family was on a two-year round-the-world trip which had been due to end later in 2011, a neighbor told Danish tabloid Ekstra Bladet.

The newspaper said the family had been well aware of the risk of pirates in the waters off Somalia, where dozens of ships and their crews have been taken hostage in recent years.

It reported that as they left the Maldives, the family wrote in their blog, "We have updated our disaster plan, made a pirate plan of who does what if we are attacked, and every day we send details of our position to the armed forces."

Last month, Somali pirates killed four Americans after capturing their 58-foot yacht, the S/V Quest, in the Indian Ocean, off the coast of Oman.

Jean and Scott Adam, from California, and Phyllis Macay and Bob Riggle, from Washington, were shot dead as negotiations to secure their release were under way.