Countries and companies scramble to get citizens out of Libya 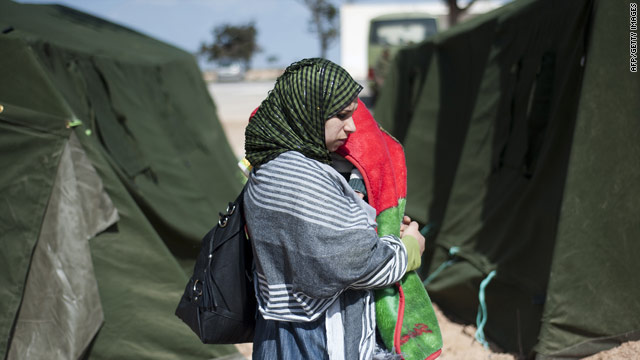 (CNN) -- Governments and companies around the world were making a run to get their citizens out of volatile Libya on Friday. Here is a country-by-country breakdown:

A U.S.-chartered ferry carrying about 338 passengers, including 183 Americans, also arrived Friday evening in Malta. Bad weather had delayed its departure from Tripoli.

The State Department recommended Thursday that any U.S. citizens in Libya "depart immediately due to the potential for ongoing unrest."

A charter flight from Tripoli landed at London's Gatwick Airport early Friday with 130 people aboard, including 53 Britons, the Foreign Office said. A second charter flight departed Tripoli for Gatwick on Friday afternoon with expatriates, including 34 British nationals.

The HMS Cumberland departed Benghazi carrying 207 passengers, about 68 of them British, the Foreign Office said. The ship was scheduled to arrive Friday in Valletta, Malta. Another 49 British nationals were aboard the U.S. ferry that departed Tripoli, it said.

Prime Minister Stephen Harper said about 200 Canadians have been flown or put on ships out of Libya.

Efforts will continue Saturday, he said in a statement.

"A Canadian Armed Forces C-17 is standing by in Malta, ready to be deployed to Libya at a moment's notice. Although our priority at this moment remains the evacuation, we are actively preparing to move to the next steps and to take other measures."

He called the actions of the Libyan regime "appalling."

India plans to evacuate its citizens from Libya by air and sea. Government officials said they have chartered a ferry with the capacity to seat 1,200 people. The ship will reach Benghazi by Saturday and is expected to arrive in Egypt with the evacuees by Tuesday.

China had evacuated 12,000 of its nationals from Libya as of Friday morning, according to the nation's foreign affairs ministry. The state-run Xinhua news agency reported that more than 4,300 Chinese citizens left Benghazi on two large passengers liners rented by Beijing. Another 4,900 boarded ships in the eastern Libyan city, ready to set sail. About 3,000 more had gone to neighboring Tunisia and Egypt by land.

Most of the evacuees are employees of Chinese companies with businesses in Libya. Many have gone to neighboring countries -- including Greece, Egypt and Tunisia -- via ocean liners, airplanes or coaches, according to China's Foreign Ministry.

At least 8,360 Turkish citizens have been evacuated from Libya so far, the prime minister's office said Friday. Turkey said it plans to send 12 planes to Libya on Friday. In addition, a Turkish navy ship with a 1,500-passenger capacity is expected to leave Benghazi on Friday.

The Dutch government said a military plane and a Dutch frigate would help evacuate its nationals in Libya.

A ferry carrying more than 300 people, including 200 employees of Schlumberger (prono: schlum bur ZHAY) and their families arrived Friday in Malta from Tripoli. A spokeswoman for the oil and gas technology company said the evacuees included an unspecified number of Americans and people of other nationalities. Schlumberger is headquartered in Paris with an additional corporate office in Texas.