Church leader reverses stance on HIV, reaches out to those affected 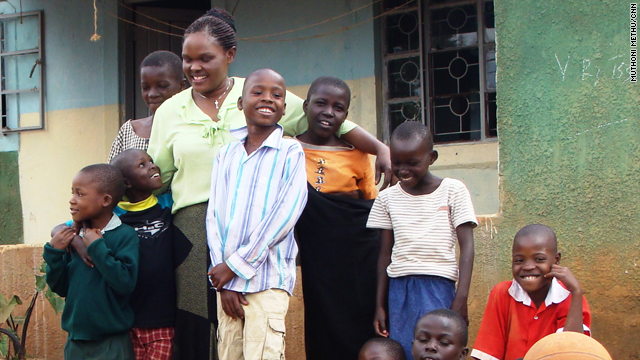 Kitale, Kenya (CNN) -- HIV is a curse from God. That's what Patricia Sawo used to tell others as a church leader in Kitale, Kenya.

"I thought it was a moral issue and a punishment for the disobedient," Sawo remembers.

Then one morning in 1999, Sawo awoke to find her body covered in shingles, a rash commonly associated with HIV. Scared and upset, she cried in the bathroom for two hours. A test soon confirmed her fears: She was HIV-positive.

Sawo suspects that a blood transfusion was to blame, but at that time she didn't dwell on how she'd been infected. She just wanted to rid herself of the virus.

She had always told others that God could heal people if they'd fast and pray as penance for their sins. But when she followed her own advice, she still tested positive. She continued to fast and pray repeatedly for the next four years, hoping for a different outcome. But the results remained the same.

When her status became public, she became a victim of the prejudices that she had helped spread throughout her community. Within weeks, she and her husband had lost their jobs, she'd lost her leadership role in her church and their landlord had kicked them out of their home.

Sawo's family struggled for years. She and her husband started a small business to make ends meet, but she says it failed because her customers were wary of her HIV status.

"The stigma was ... painful," she recalled, saying it was even worse than the virus itself.

Eventually, Sawo realized that her attitude -- and the teachings of her church -- had been wrong. She found her way to Handicap International, a nongovernmental organization that provided accurate information about HIV and AIDS, and the experience set her on a new path.

In 2002, Sawo was ordained as a minister, and she went on to help start ANERELA+, a network of African religious leaders living with or affected by HIV or AIDS. She began preaching about the issue regularly from the pulpit, believing that faith leaders have a responsibility to speak out.

"The church must change its attitude," she said. "HIV is not a moral issue. It's a virus."

As Sawo's profile as an HIV/AIDS activist grew, people in her hometown began to confide in her that they, too, were HIV-positive. She began an AIDS ministry, caring for the sick in their homes, and soon people started coming to her house for help. She used nearly all her income to help those in need.

"Seeing so many look to me, it made me feel responsible," Sawo said. "Whatever money I got ... I used it to help them."

In 2005, Sawo and her husband established the Discover to Recover Centre. It was originally intended as a place for adults to receive care. But as patients died, leaving their sons and daughters behind, it evolved into a home for children.

The church must change its attitude. HIV is not a moral issue. It's a virus.
--CNN Hero Patricia Sawo
RELATED TOPICS

Now, 48 children live at the center. Many have lost one or both parents. Others have parents who are struggling with the virus. Eighteen of the children are HIV-positive themselves.

The close quarters aren't luxurious. The rooms are filled with bunk beds and mattresses. But Sawo, assisted by seven staff members as well as some of her own children, provides food, medical care and schooling. The young children attend the center's on-site preschool, while Sawo pays school fees for the older children.

Sawo said the most important thing she gives them is motherly love.

"They keep me going," she said of the children at the center. "They're my life."

Sawo doesn't have room for all the children who have been affected by HIV and AIDS in her community, so she also supports about 50 children who live with a parent or grandparent. She gives these families food, school fees and uniforms if needed; she sometimes even helps pay their rent.

Today, as a trained HIV/AIDS counselor, Sawo counsels 20-25 people a month, helping them come to terms with their health status. She also offers advice about coping with the virus and she connects people to programs that distribute free medicine.

For several years, Sawo funded her efforts by working as an HIV/AIDS ambassador for an international Christian organization. But that income has been cut back recently, and her husband died of malaria and typhoid in October 2009. Now, the center is surviving through monthly donations from Hope Span, a U.S.-based nonprofit, and Sawo's sheer determination. She has started farming maize and beans to ensure its survival.

Someday, Sawo said, she hopes to offer foster care housing, primary and secondary school and a vocational training center for children and adults.

It's been a long journey, but Sawo is confident that she has found her mission. She said that in a way, she's found the "healing" -- at least in a spiritual sense -- that she prayed so hard for after she first tested positive.

Want to get involved? Check out the Discover to Recover Centre website and see how to help.