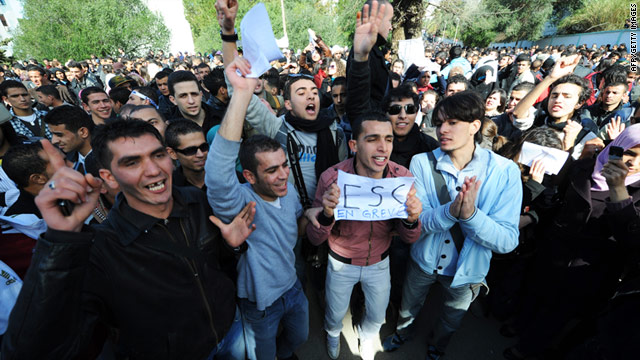 (CNN) -- Algeria has officially lifted its 19-year-old state of emergency, according to the national Algerian Press Service.

The action lifts restrictions on freedom of speech and assembly imposed to combat an Islamist insurgency.

The move comes as Algeria, like other Arab nations, faces a wave of protest that has toppled regimes in Egypt and Tunisia and led to open revolt in against longtime strongman Moammar Gadhafi in neighboring Libya.

Algerian President Abdelaziz Bouteflika announced earlier this month that he would soon lift the emergency declaration, first imposed in 1992 and indefinitely renewed in 1993.

The emergency declaration was part of a clampdown on Islamist movements during a civil war that left more than 150,000 dead. But critics say the insurgency has long since diminished, and the law remained only to muzzle critics of the government.

Bouteflika's National Liberation Front has ruled the country since winning independence from France in 1962, and Bouteflika has been in office since 1999.

U.S. analysts say Algeria faces some of the same problems that fueled uprisings in Tunisia and Egypt -- high rates of unemployment and a stagnant economy in particular. Protests over food prices began in January but quickly led to calls for political reform. Earlier this week, anti-government protesters clashed with police and pro-government demonstrators, opposition leaders said.

The country's long-running clampdown began in 1991 when an Islamist party led early balloting in Algeria's first multiparty parliamentary elections. The military stepped in, canceled the second round of voting and launched a campaign against the Islamists that led to a full-scale insurgency, which effectively ended about a decade later.