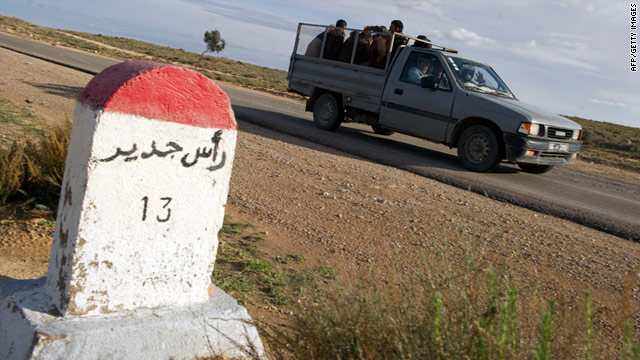 (CNN) -- Among the unwitting victims caught up in the violent unrest in Libya are asylum-seekers and refugees, the U.N. refugee agency said as it urged neighboring countries not to turn them away should they flee the upheaval.

Speaking to reporters in Geneva, Switzerland, on Tuesday, the chief spokeswoman for the U.N. High Commissioner for Refugees said that the reports she has received have been worrying.

"A journalist has passed information to us from Somalis in Tripoli who say they are being hunted on suspicion of being mercenaries. He says they feel trapped and are frightened to go out, even though there is little or no food at home," Melissa Fleming said.

About 8,000 refugees are registered with the UNHCR in Libya. Another 3,000 have sought asylum and have cases pending. Most of them come from Chad, Eritrea, Iraq, Somalia, Sudan and the Palestinian territories.

"We are calling on all neighboring countries to welcome those arrivals from Libya who may be fleeing targeted violence and fearing for their lives," Fleming said.