From Isma'il Kamal Kushkush, For CNN 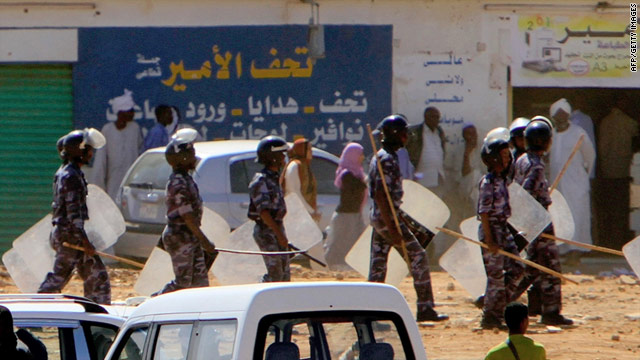 Sudanese riot police hold shields and sticks as students take to the streets in protests, spurred by events in Egypt and Tunisia.
STORY HIGHLIGHTS
RELATED TOPICS

Khartoum, Sudan (CNN) -- Sudanese police clashed with students Sunday as protests inspired by rallies in Egypt broke out in the capital.

The students protested at a university in Khartoum, chanting "No to high prices, no to corruption" and "Tunisia, Egypt, Sudan together as one."

About 100 students hurled rocks at police officers, who forced them back. Five people were arrested, authorities said.

Students resumed the protests and tried to engage bystanders as soon as police left the area.