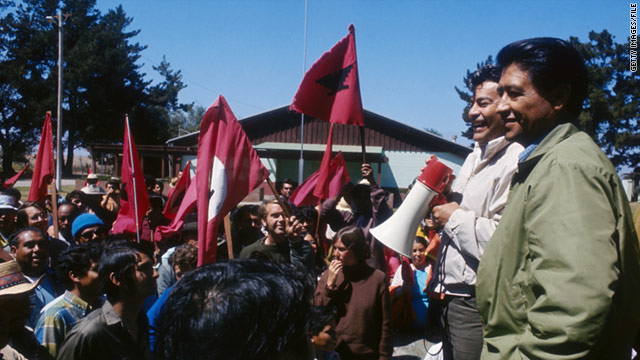 Nuestra Señora Reina de la Paz (La Paz) served as the headquarters of the Chavez's United Farm Workers of America (UFW) and his residence during his last 22 years, from 1971 to 1993. The structure is located in the Tehachapi Mountains of Kern County, California.

"Cesar Chavez is one of the heroes of the 20th century, leading a nonviolent movement that improved working conditions for agricultural workers and bettered the lives of thousands of Hispanic men and women and other minorities throughout the United States," Salazar said in a statement. "By adding La Paz, now known as the National Chavez Center, to the National Register of Historic Places, we are honoring his legacy and inviting Americans to learn more about the life and work of this extraordinary man."

Added Paul F. Chavez, Cesar Chavez's middle son and president of the Cesar Chavez Foundation: "For my father, La Paz was a personal refuge from bitter struggles in agricultural valleys and big cities, a spiritual harbor where he recharged batteries, drew fresh inspiration and prepared for the battles ahead.

"It was a place where many dedicated people spent years of their lives working with Cesar Chavez for social justice, inspiring generations of Americans from all walks of life who never worked on a farm to social and political activism," the son said.