Immigrant who promised to help prosecutors could lose family 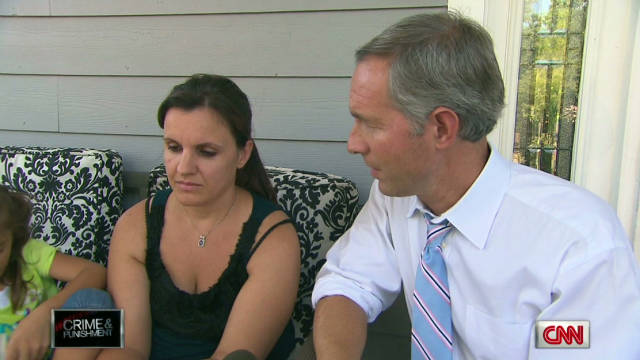 Editor's Note: See the lastest on the the long deportation battle faced by Albanian immigrant Edmond Demiraj and his family on AC 360, tonight 8pm and 10pm ET.

Bacliff, Texas (CNN) -- Sitting on their front porch in this Houston suburb, Edmond Demiraj and his family seem the picture of a contented family.

But the Department of Justice now wants to upend the family: threatening to deport his wife and 19-year-old son back to their native Albania, even though he says federal prosecutors a decade ago promised him help and a Green Card in exchange for Edmond's promised testimony in a human smuggling case against a fellow Albanian immigrant. For the Demiraj family, they believe it will mean great harm, even death, for those deported.

A decade ago, Edmond Demiraj (pronounced: dem-EAR-eye) was himself an illegal immigrant. He told CNN he had walked across the U.S. border from Mexico to Brownsville, Texas without any paperwork. He found work as a painter, he says, with a fellow Albanian named Bill Bedini.

Not long afterwards, the Justice Department indicted Bedini, accusing him and others of running a human smuggling ring, bringing illegal aliens from Mexico into the United States. Demiraj was named in the original indictment but charges against him were later dropped.

Attorneys for the Justice Department based in Houston wanted Demiraj to testify against Bedini. In exchange, Demiraj told CNN that prosecutors promised him and his family protection and promised him a Green Card, which would lead to citizenship. The offer, he says, was verbal and not on paper.

"I'm ready to work for the U.S. government, whatever they need from me," Demiraj told CNN.

But Bedini entered a plea of not guilty, was granted bail and soon fled to Albania, according to the U.S. Marshal's office in Houston. Federal prosecutors didn't need Demiraj's testimony and handed him over to immigration officials, who quickly deported him as well.

Within a few weeks back in his native Albania, Demiraj says, Bedini attacked him and tried to kill him.

"I was on my knees and he pointed the gun straight at me," Demiraj told CNN. "He shot me."

Demiraj says it was only luck that saved him. Neighbors, he said, heard the gunshot and came to his assistance. Bedini fled, leaving Demiraj with a bullet wound in his side and stomach.

Demiraj also says Bedini forced three nieces into prostitution in Italy but they were eventually rescued.

Demiraj returned once again to the United States, again he says entering illegally at Brownsville. This time, immigration agents apprehended him and he says he spent seven months in an immigration jail before being allowed to remain in the United States on temporary status. That was six years ago.

Almost ever since his return to the United States, he says, federal prosecutors have tried to deport his wife, Rodina and son, Rediol, back to Albania. His two other smaller children were born in Texas and are legal residents.

"What do you think will happen to your wife and son if they back to Albania,?" Demiraj was asked.

One federal prosecutor agreed, saying in an appellate court argument that "there is a possibility that Mrs. Demiraj will be persecuted" if she returns to Albania. Still, she added, "She (Mrs. Demiraj) hasn't met her legal burden when it comes to asylum." Even despite the dangers for Rodina Demiraj, the Justice Department is pursuing deportation.

The original assistant U.S. attorney who offered Edmond Demiraj a Green Card and, according to him, protection will not comment to CNN. She is Marina Garcia Marmojelo, now nominated by President Barack Obama to be a federal judge.

The only official comment to CNN from Justice is this: "The department is not aware of any promises of physical protection ever made to Mr. Demiraj or his family. Notwithstanding this fact, we have been (in) active discussions with counsel for the Demiraj family for some time."

"This is just a shameful display of how the U.S. government will use people who they need to keep us safe and then cavalierly discard them when they are no longer of use to them," said Josh Rosenkranz, a New York City attorney whose firm is now representing the family.

Edmond Demiraj says he will never let his wife and son return to Albania.