Petraeus sworn in as CIA director 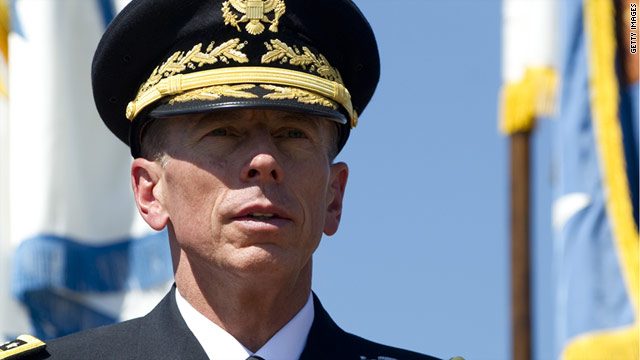 Washington (CNN) -- Retired U.S. Army Gen. David Petraeus, who served as the top U.S. commander in Iraq and Afghanistan, was sworn in Tuesday as the new director of the Central Intelligence Agency.

Petraeus -- sworn in by Vice President Joe Biden at the White House -- succeeds Leon Panetta, who is now the secretary of defense.

At a ceremony marking his retirement from the military last week, Petraeus said his journey with the military was not coming to an end, even though he and his wife were "about to begin an exciting new journey with another extraordinary organization."

President Barack Obama has cited Petraeus' experience in working with the CIA on counterinsurgency efforts in the field as a reason for his nomination as the agency's director.

As the top U.S. commander in Iraq, Petraeus was dubbed "King David" for turning around what seemed like a losing battle.

He took over in Afghanistan in July 2010 after the retirement of Gen. Stanley McChrystal, whose departure came on the heels of unflattering remarks he made about administration officials in a Rolling Stone magazine article.

Petraeus graduated in 1974 from West Point and began his career as a second lieutenant in the infantry. He went on to become arguably the most influential general of his generation, and Esquire magazine called him one of the most influential people of the 21st century.