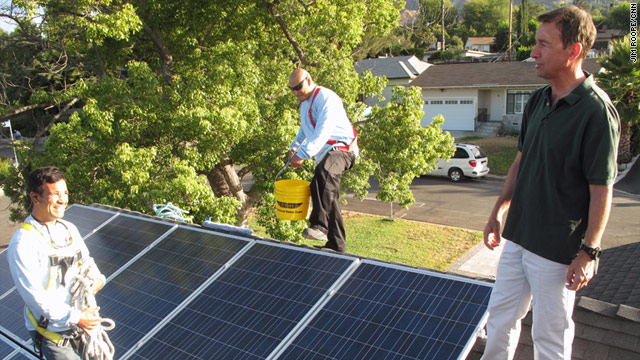 Los Angeles (CNN) -- If you've ever thought, "One day, I'm going to put in a solar energy system," today might be the day.

Economic issues across the nation are contributing to the early demise of solar incentives such as tax breaks, grants and rebates.

"We've been thinking about this for several years," said California homeowner Jim Adams.

"The cost wasn't really coming down, so we went to the bank, asked for a loan and decided to get it done."

So Adams had a 16-panel system installed on his roof in La Crescenta, California, about 15 miles north of Los Angeles.

He received a 30% tax credit from the federal government and a 10% cash rebate from the state.

This year, a federal 30% cash rebate through the U.S. Treasury Department comes to an end. And the 30% federal tax credit program will conclude at the end of 2016.

These incentives, created as part of the federal stimulus package a few years ago, were designed to create a vibrant solar energy market. Along with the federal program, 29 states offered incentives. Many of those state programs are also becoming victims of budget cuts.

In Florida, Michael Hoffman, a taxation professor, hoped that between the federal tax credit and the state rebate, he'd be able to better afford a solar energy system.

But a computer error in the state's application process actually cost him $20,000 more than he had planned on paying.

"They took more applications than they had money for," he said.

"If we'd known that our cost was going to be $33,000 instead of $13,000, that would have been a fairly hard one to sell to ourselves just for the ecological, environmental warm and fuzzies."

Now, those sales are starting to drop because of state budget cuts and administrative problems like Hoffman's experience in Florida.

The solar industry is lobbying the federal government to continue the 30% cash rebate program that's ending this year.

But there's not much hope for an extension, considering the current political climate in Washington, where lawmakers are focused on trimming the budget.

Still, there are signs that Americans will continue to invest in solar energy systems for their homes over the next few years, helping to bring down the costs of solar panels in some areas.