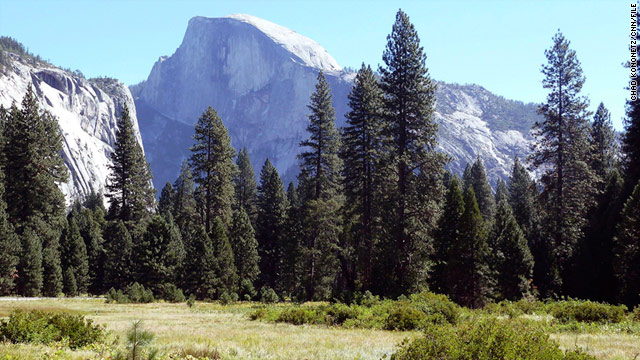 Authorities have identified a man who fell Monday evening off Half Dome, the park's renowned soaring granite formation in the Sierra Nevada, park officials said Wednesday.

The person, whose body was recovered Tuesday at the base of Half Dome by rangers, was identified as Ryan Leeder, 23, of Los Gatos, California, park officials said.

The incident appears to be accidental and remains under investigation, park spokesmen said Wednesday.

The 17 deaths are about twice the usual rate at Yosemite, officials said.

Authorities are searching for answers to explain the recent rash of deaths at the national park in California.

In July, near Yosemite's beautiful Mist Trail, a young man lost his footing, slipping close to the edge of a waterfall. A female companion frantically grabbed for him but stumbled.

Another hiker followed and the three were swept over the powerful 317-foot Vernal Fall. Authorities at Yosemite National Park are still searching for two of the bodies.

That month was the busiest July for the park since 1985, with 730,487 visitors, park officials said. Last year, the park recorded 4,047,880 visitors, according to a statistical chart provided by park spokesmen.

While five visitors have died this year from natural causes, the others were accidental and often preventable, officials said.

Rangers say some visitors partake in dangerous practices such as hiking treacherous trails in flip-flops, climbing over safety rails to take better pictures or swimming perilously close to waterfalls.

Witnesses told park authorities that the three hikers who were swept over the waterfall in July had climbed over a safety rail.

"We don't station a ranger in every possible dangerous place that's out there," said Kari Cobb, a park ranger. "People have to come here and realize that Yosemite is nature, and it is a very wild place."

Bill Ott, a hiker, said he has seen people swimming in dangerous waters.

"We saw a number of people wading just steps from going into the faster water. It's crazy. Just crazy," he said.

Visitor Tim Timmerman said he has a plan to keep his family safe.