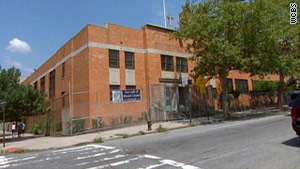 The principal of Our Lady of Mount Carmel elementary school has been fired because of his writings on white supremacy.
STORY HIGHLIGHTS
RELATED TOPICS

New York (CNN) -- The principal of a Catholic elementary school in the Bronx has been fired because of his writings on race and white supremacy, the Archdiocese of New York said Tuesday.

Frank Borzellieri was relieved as principal of Our Lady of Mount Carmel elementary school in the wake of recent coverage in the New York Daily News and other local media concerning his writings and his previous ties to a group called American Renaissance.

Joseph Zwilling, spokesman for the New York Archdiocese, issued a statement Tuesday saying that the principal was let go because "many of the opinions expressed by Mr. Borzellieri in his writings were found to be incompatible with the philosophy and practices of Our Lady of Mount Carmel School, and with Catholic schools throughout the archdiocese."

Borzellieri was hired in 2009 as principal of the elementary school, which has, according to the National Center for Education Statistics, a mostly black and Latino student body.

Zwilling's statement did not specify when the termination was effective, and Borzellieri could not be reached by CNN on Tuesday.

The official who originally hired Borzellieri, the Rev. Eric Rapaglia, pastor of the Church of Our Lady of Mount Carmel, made the decision to remove Borzellieri as principal after reviewing his writings, according to the archdiocese.

Borzellieri previously served as an elected member of the New York School Board for 11 years. During his tenure, according to published reports, he made efforts to forbid references to homosexuality and to ban literature he considered "anti-American," including a biography of Martin Luther King Jr.

The website for American Renaissance currently advertises writings by Borzellieri, including a 2009 book titled "Lynched: A Conservative's Life on a New York City School Board." Another book by Borzellieri, titled "The Unspoken Truth: Race, Culture and Other Taboos," lists among its topics "the myth of integration" and "multicultural madness," according to the website.

CNN affiliate WCBS reported that Borzellieri's sister, Maria, told a reporter Tuesday, "He wrote these books a long time ago. I don't know who'd drag them up. It has nothing to do with the type of principal he is today."

During his time on the New York School Board, Borzellieri tried to fire teacher Daniel Dromm for being openly gay, according to published accounts. Dromm, now a New York City Council member, described Borzellieri to CNN Tuesday as an "equal-opportunity hater."

Dromm said he also wrote a letter to the archbishop of New York calling for the removal of Rapaglia, who hired and then fired Borzellieri, for "incredibly poor judgment."

Rapaglia provided CNN with a written statement Tuesday apologizing "for my mistake in judgment: in hindsight, I should not have hired Mr. Borzelleri."

But Rapaglia said in the statement that he hired Borzellieri based on the recommendation of a search committee that "represented the full diversity of the school population and included teachers and parents."

"Neither myself, nor any of the members of the search committee knew of Mr. Borzelleri's political writings at the time of his hiring. I read them after he was hired as principal," Rapaglia wrote in the statement, with the word "after" in italics for emphasis.

"I did my best to correct the situation and now, please God, we will find a new and very qualified principal," Rapaglia said in the statement.