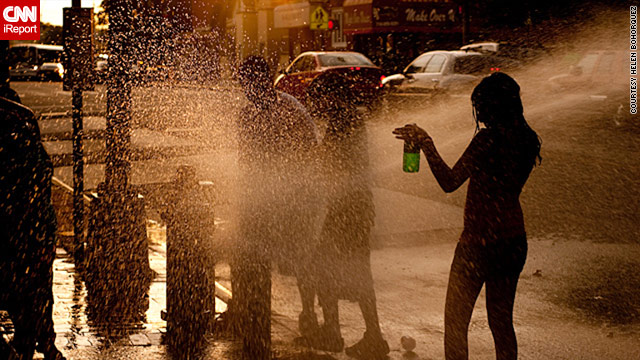 (CNN) -- The deadly heat wave that has kept much of the eastern and central United States in its grip is expected to hold on longer in some central states this week.

Parts of Kansas, Missouri and Oklahoma are under excessive heat warnings until the end of the week, the National Weather Service said Monday.

Those areas -- including Wichita, Topeka and Goodland, Kansas; St. Louis, Kansas City, Springfield and Pleasant Hill, Missouri; and Tulsa, Oklahoma -- should experience heat indices between 105 and 110 degrees on most days, the weather service said.

Parts of Arkansas, Louisiana, Nebraska, North Carolina and Texas are under heat advisories for the remainder of the week as well, according to the service. They can also expect heat indices between 105 and 110 degrees throughout the week.

During the weekend, records were set or tied in 41 cities and towns from North Carolina to Maine, AccuWeather.com said.

To avoid heat stroke or heat exhaustion, the National Weather Service advises people to drink plenty of fluids, stay in air-conditioned rooms and check on neighbors and the elderly.

For tips on how to deal with the heat, the Centers for Disease Control has a website devoted to hot temps.