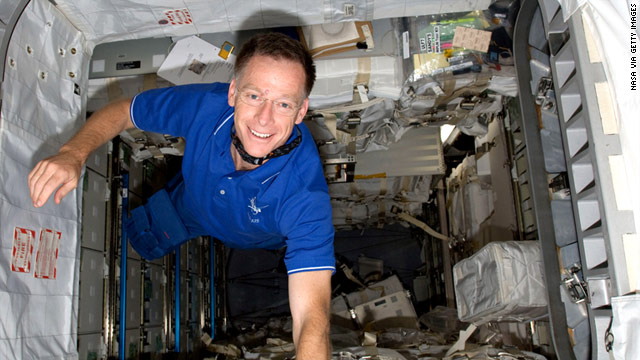 Shuttle commander Chris Ferguson was among the astronauts who spoke with CNN from space on Wednesday.
STORY HIGHLIGHTS
RELATED TOPICS

(CNN) -- As crew members of the last space shuttle flight hovered over Earth for the final time, they spoke with CNN Wednesday about the next frontier in space flight.

"I think that what we're going to see in the next few years is a very broadening horizon," shuttle commander Chris Ferguson told CNN's Ali Velshi hundreds of miles above Earth. "What we'll do is we'll turn over the reins of that business to commercial partners."

Atlantis is scheduled to land at 5:56 a.m. ET Thursday, capping a 30-year shuttle program that has sent 355 astronauts into space.

"I think it's going to open up a new era of space flight," Walheim said. "We want to take that next step -- get access to Earth orbit cheaper and more frequent. We can do that by partnering with our commercial partners, and that will allow NASA to really focus on the exploration," such as going beyond the Earth's orbit or to asteroids and Mars.

"I think it's going to be an extremely enjoyable and extremely exciting time for NASA," Walheim said. "It's just that we have to get through this transition."

NASA has sent five space shuttles on a total of 135 missions.