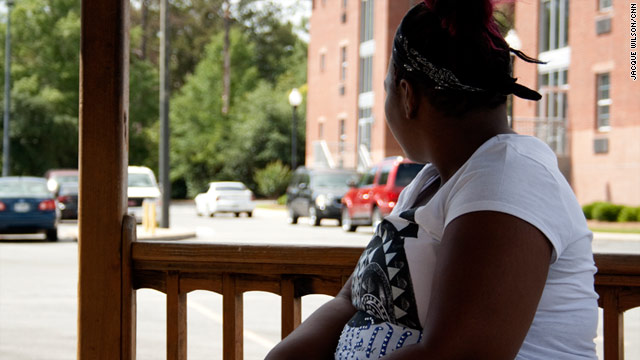 Her sister had left her at an ice-skating rink in a fit of teenage drama. When Bea finally made it home, the doors were locked. Her parents ignored her pleas to be let in. She had missed curfew -- those were the rules.

As temperatures dropped, the child started to wander toward downtown Atlanta alone.

A car pulled up beside her. Did she need a place to stay? She nodded and climbed in. Minutes later they arrived at a motel.

"I didn't think I'd have to have sex with him. I just thought that this was a nice person doing a nice deed," Bea remembers. "My grandmother used to have a saying: 'There's nothing open at 12 in the morning but legs and liquor stores.' I realized this was true."

The next morning the stranger -- a man whose face she can't remember -- gave her $30 and walked out. When she arrived home, all of her childhood possessions were in a garbage bag on the front porch.

It would be 12 years before she would feel worthy of love.

It's an ugly story all too familiar to Lisa Williams, the founder of Living Water for Girls, a safe house in Georgia for prostituted children.

"I was a throwaway child," she says in a low voice. "At 12 years old I was on the street as well and I've had to do some things that normal people -- normal children -- should never have to do." 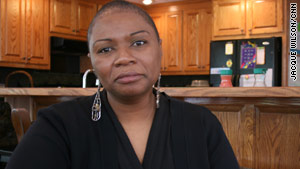 Lisa Williams is the founder of Living Water for Girls, a safe house in Georgia for prostituted children.

Miss Lisa, as everyone calls her, won't tell you how old she is, because in her world the only ages that matter are those under 18. Short and sturdy, she's a powerhouse of persuasion. She says "Capisce?" a lot, because she moves fast and talks faster, and wants to make sure you're keeping up.

She was a military officer at one time, and a shaved head and commanding presence remain from her days in uniform. The hairstyle is pure efficiency; a woman who's on the road 80+ hours a week doesn't have time for regular salon visits.

Miss Lisa met Bea when the young woman was 22. After several trips to jail and years on juvenile probation, Bea had joined Job Corps, a free education and training program designed to help young adults earn a GED. She had moved in with her aunt to get off the streets and was only taking johns when she needed the money. But it was Miss Lisa's visit that helped her leave what she calls the "lifestyle" or "game" for good.

Quite simply, Miss Lisa gave Bea the floor. She listened. It was the first time in Bea's life someone had shown that level of respect.

"Miss Lisa called me beautiful," she says. "I had never heard a woman call me that. ... It made me want to be beautiful."

So Bea signed a contract with Living Water for Girls. The house would pay for her college education if she agreed to be a mentor to other prostituted children, keep her grades up and attend counseling sessions at school.

It's rare to find a success story like Bea's, says Linda Watson, a member of the DeKalb County task force for runaway, homeless and sexually exploited youth who is also Bea's former probation officer.

According to the U.S. Department of Justice, approximately 293,000 American youth are at risk of becoming victims of commercial sexual exploitation in the United States. And the average age of a girl entering the industry is 13.

In other words, it's happening in our backyards, to our children. That's hard for most Americans to grasp. Even Gayle King -- Oprah's best friend -- was in denial while corresponding for a possible story about Living Water, Miss Lisa says. "She said 'This is happening in America?' She was shocked."

Most of the children are runaways or throwaways. Their families tell them they don't belong. Their fathers or uncles or cousins rape them. Their mothers are jealous because suddenly there's a new body attracting Daddy's attention. So they leave, looking for a better life on the streets. What they often find instead is just another person who will hurt them.

Those that get into the lifestyle rarely get out. From the time they're "initiated," sexually exploited girls live, on average, only seven more years, Watson says.

Potential financial contributors ask Miss Lisa almost every day if these girls can ever really be saved. She used to say, "Look at me. I think I'm hope enough for you." Now she has another story to tell.

Miss Lisa is loading up the back of a rented silver Tahoe with Bea's belongings: toilet paper, towels, a backpack, four plastic tubs of clothes.

"She said she was bringing two things," Miss Lisa teases. "We're sending her to college and she can't count."

Bea squeezes into the back seat of the SUV as Miss Lisa climbs into the front and begins heading south of Atlanta, humming a church hymn under her breath. Bea stares out the window as highway signs flash by; she couldn't sleep last night and she's feeling overwhelmed.

Unexpectedly, Miss Lisa pulls off into a church parking lot.

As the SUV slows, Bea launches herself out and into the arms of a tall woman in a black and white dress -- Linda Watson, her former probation officer. She's already bawling when she turns to see the small group from Living Water that came to wish her well.

Watson hands her a card and hugs her tight.

Laughter from two young girls standing nearby stops her. These are the girls she's mentoring -- children from Living Water for Girls she's been enlisted to help guide, because she understands where they've been and knows where they can go.

She turns to them, transforming suddenly from student to teacher.

Tears roll down Miss Lisa's face as Bea speaks her next impassioned words:

"You're beautiful. Don't let any man tell you otherwise."

Welcome to 'the game'

The pimp of today isn't the shady thug of a "Law & Order" episode, Miss Lisa says. He's a single dad with four kids. He doesn't hit you. He buys you clothes, shoes, jewelry. He encourages you to go to school before you spend the night on your back. He's an international businessman who comes home for the weekend. Or he isn't a he at all -- this woman pimping you was a girl once, just like you.

At 13, Bea met Jay, the older brother of a friend at middle school. A drug dealer and general miscreant, Jay had sex with Bea on and off before passing her to his cousin, who sold the teen to a pimp.

Life with him was a bit like playing house. She woke up at 5:30 a.m. to get his children dressed. Then she walked the kids -- whose mothers were other women he prostituted -- to school. She came home and cleaned. She hung out, watching TV until she left for work.

How many johns she had sex with depended on what bills needed to be paid, but she averaged 250 men a month.

She dressed in jeans and a T-shirt; the less attention she attracted, the less likely police were to pick her up. Many times she just walked around their apartment complex, waiting for someone to nod his head in her direction.

The physical demands wore her body down, but she simply told herself that you did what you had to do. She tried to make her mind go blank while completing the task at hand.

"My body was lying in bed letting these men inside me, but I was looking down thinking, 'That's disgusting, how could you do that?'"

Though no longer innocent, Bea was still a child. In her mind, this pimp was her boyfriend. He loved her. He showered her with the affection she hadn't gotten at home. She had a place to sleep when she was tired; food to eat when she was hungry; shopping money when she wanted new shoes. It was an NC-17-rated version of the teenage dream.

"It's a classic case of -- excuse my language -- shit to sugar," Bea says. "When you have that person who's taking care of you, who shows you love, even if it's not love at all, you're going to stay."

So her friends were "homeless men and gangbangers" she found in Atlanta's downtown "cesspool." She watched her fourth or fifth pimp beat another girl to within an inch of her life. And Bea spent her sweet 16th in jail.

"I have always said from day one -- you have to attack it from the front end. Once these people are convicted of buying sex from children they should be exposed. They should face some type of consequence."

The hard part is identifying them. A study done by the Chicago Alliance Against Sexual Exploitation shows that the majority of johns are college-educated, have wives or girlfriends, and earn more than $40,000 a year.

And we have to stop calling prostituted children child prostitutes, she says. "You're a runaway, you're a whore, you're a this, you're a that. ... If we stop assigning these names to them, we'll get to know who they are.

To our brave one

Bea is sitting on a metal bench in the sunshine outside her dorm.

It's hard to imagine this young lady as she once was. She wears jeans and Nike sneakers, hates neon colors, eats McDonald's chicken nuggets, watches "True Blood" and quotes "SpongeBob." 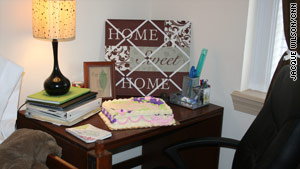 Bea isn't her real name. She asked that it be changed so she can start fresh as a freshman. She picked Bea as her pseudonym. What does it stand for? "Beautiful," she says with a proud smile. "I wouldn't have it any other way."

Miss Lisa calls for her -- in Bea's new room, there is one more surprise waiting. A design team has volunteered to transform her tile floors and plastic blue mattress into an oasis.

As Bea pushes the door open, Kathy Becknel and Kelly Batcho of r2r design clasp their hands in gleeful anticipation. "It's our own 'Extreme Makeover,'" Kelly confides. "We give them a beautiful space to start their life over."

Tears flow again as the women show Bea the shoe rack over her door, the plush green comforter, the flower arrangement near her bathroom sink. There's a cake on the desk dedicated "to our brave one" and a saying on the wall: "Live. Laugh. Love."

As the celebration winds down, Bea's resident assistant swings by to see if she wants to join the floor for dinner. Miss Lisa pushes the college-student-to-be out the door.

Like any mom who drops her kid off at college, she'll stay strong until she gets in the car. Then the tears will come. But for now, she does an uncharacteristic jump for joy as she watches Bea walk across the college campus, finally free.