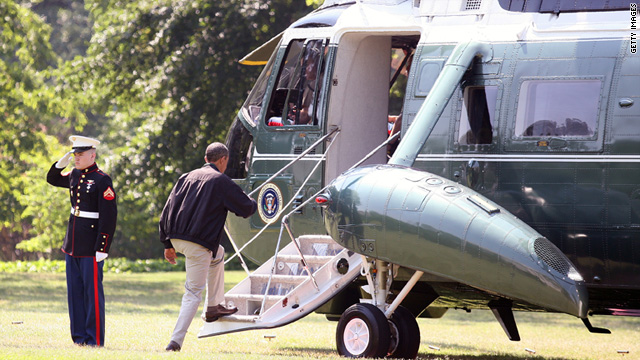 Two F-15E fighters under NORAD control intercepted a Cessna 182 civilian aircraft on Sunday morning and led it out of the temporary restricted area, according to a NORAD statement. The Cessna landed at the Carroll County Regional Airport, the NORAD statement said.

On Saturday, two similar incidents occurred involving other aircraft that violated the restricted area around the presidential retreat, a NORAD spokesman confirmed. There was no extra security threat involved in any of the incidents beyond the violation of the temporary restricted area.

Authorities attribute the multiple violations to the temporary expansion of restricted airspace around Camp David when Obama is there.

According to the Federal Aviation Administration, the temporary flight restriction in the Camp David area this weekend was scheduled to last from noon Saturday until 6 p.m. Sunday.