Supreme Court to look at government regulation of broadcast profanity 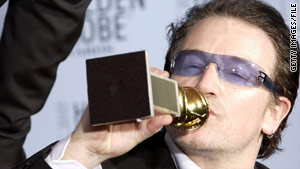 Washington (CNN) -- The Supreme Court said Monday it will take another look at government efforts to regulate profanity and sexual content on broadcast television.

Oral arguments in this key free speech dispute will be held later this year.

At issue is whether the Federal Communications Commission may constitutionally enforce its policies on "fleeting expletives" and scenes of nudity on television programs, both live and scripted. The agency had imposed hefty fines on broadcasters.

The justices announced Monday they will review the case, and a ruling, which is likely to come next year, could establish important First Amendment guidelines over expressive content on the airwaves.

The Justice Department had filed an appeal this spring, and helpfully provided the justices with a DVD of a 2003 episode of the now-canceled "NYPD Blue" on ABC, on which a naked woman was shown. The content of that program is central to the ongoing legal dispute.

A federal appeals court last year for a second time struck down the government policies, concluding they were vague and inconsistently applied. Pending fines against the broadcasters were dismissed. ABC, CBS, NBC and Fox are all parties in the case.

Controversial words and images have been aired in scripted and unscripted instances on all the major over-the-air networks in the past eight years, dating back to when the FCC began considering a stronger, no-tolerance policy.

The changes became known as the Golden Globes Rule, for singer Bono's 2003 acceptance speech at the live awards show on NBC, where he uttered the phrase "really, really, f---ing brilliant."

The commission specifically cited celebrities Cher and Nicole Richie for potty-mouth language in the 2002 and 2003 Billboard Music Awards, which aired live on Fox. Richie, in an apparent scripted moment said, "Have you ever tried to get cow s--t out of a Prada purse? It's not so f---ing simple."

The complaint against ABC involved "NYPD Blue," a scripted police drama, and the CBS complaint involved "The Early Show," a news and interview program.

The high court two years ago ruled in favor of the FCC on the issue of "fleeting expletives," concluding federal regulators have the authority to clamp down on broadcast TV networks airing isolated cases of profanity.

The court, however, refused at the time to decide whether the commission's policy violates the First Amendment guarantee of free speech, ruling only on the agency's enforcement power. The justices ordered the free-speech aspect to be reviewed again by a New York-based federal appeals court, which subsequently ruled in favor of the broadcasters.

The Justice Department, in its new appeal, lumped both the expletives and nudity cases together, saying the court should decide the free speech questions as one.

"We are hopeful that the court will affirm the commission's exercise of its statutory responsibility to protect children and families from indecent broadcast programming," said FCC spokesman Neil Grace, in reaction to the court now accepting the appeal for review.

In response, Scott Grogin, a Fox television spokesman said, "We are hopeful that the court will ultimately agree that the FCC's indecency enforcement practices trample on the First Amendment rights of broadcasters."

Explicit language is heard with greater, albeit varying, frequency on cable television, the Internet, and satellite radio, which do not use public airwaves. But the federal government is charged with responding to viewer complaints when "indecent" language and images reach broadcast television and radio, which is subject to greater regulation.

That is especially relevant during daytime and early evening hours, when larger numbers of families and younger viewers may be watching.

The commission formally reversed its policy in March 2004 to declare even a single use of an expletive could be illegal. In addition, a voluntary rating system is used by all television networks to warn viewers when material that might be offensive will be aired.

"The case for commonsense decency protections in exchange for free use of the publicly owned broadcast airwaves is a no-brainer, said Tim Winter, president of the Parents Television Council. "The networks make our case for us every time they tell advertisers the medium remains uniquely pervasive and highly accessible to children."

ABC television stations around the country were each fined $27,500 for airing the "NYPD Blue" episode featuring a woman with her breasts and buttocks exposed.

The Supreme Court first ventured into the broadcast speech debate in 1978, when it ruled as indecent a monologue by comedian George Carlin on society's taboo surrounding "seven dirty words." The bit had received some radio airplay. The justices said "context" should be applied when deciding whether words or images are "indecent."

The major broadcast television networks say their scripted shows no longer air nudity, racy images or expletives, even after 10 p.m., when some potentially vulgar words are permitted.

They worry, however, about unplanned, often spontaneous indecent or profane incident at live events, such as awards shows and sporting events. Company officials say such programs are often on a five-second delay, and censors are on hand to bleep any offensive language. But some indecent words can slip through, they admit, and they want to be protected from heavy government fines.

A separate high-profile indecency case may also be coming to the high court in the near future, this one involving a live flash of nudity. At the request of the justices, a separate federal appeals court in Philadelphia is currently re-examining the case of celebrity Janet Jackson's "wardrobe malfunction" on national television, and the subsequent fines against CBS and its affiliates. The pop singer's breast was briefly exposed during a performance with singer Justin Timberlake at the 2004 Super Bowl halftime show.

Congress quickly reacted at the time by increasing the limit on indecency fines tenfold, up to $325,000 per violation per network. And it said each local affiliate that aired such incidents also could be punished by the same amount. The appeals court had earlier ruled for CBS, saying the communications commission had acted "arbitrarily and capriciously" in penalizing the network.

Time Warner -- the parent company of CNN -- filed a supporting amicus brief in the high court dispute two years ago. The company is part owner of the CW broadcast network and operates several cable networks.