Behind the scene of the Afghanistan troop withdrawal plan 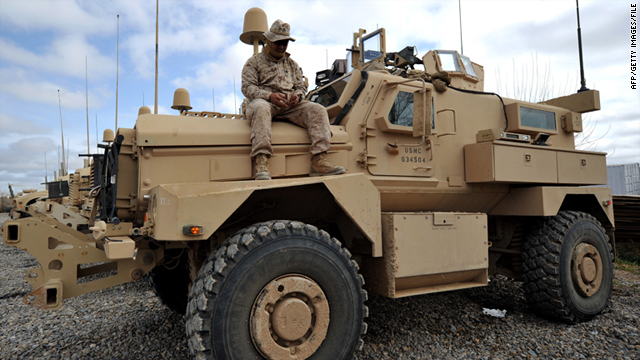 (CNN) -- According to senior administration officials, the planning for President Barack Obama's announcement for the drawdown from Afghanistan began in January of this year when the president summoned top members of his national security team into the Oval Office and tasked them with coming up with a plan for the drawdown.

The calculations that went into the drawdown decision included the fact that "remarkable and "unexpected" progress had been made degrading al Qaeda infrastructure in its bases in the tribal regions of Pakistan over the past 18 months, explained one of those officials.

Additionally, the Taliban has been rolled back from their heartland regions in southern and southwestern Afghanistan, both in northern and southern Helmand Province and around the key city of Kandahar, which had been the de facto capital of the Taliban when they were in power.

This progress fulfilled the administration's pledge to reverse the momentum of the Taliban that was one of the key rationales of the "surge" of US troops into Afghanistan, the exact size of which White House and senior military officials had debated during the fall of 2009.

The decision White House officials arrived at was to withdraw 10,000 soldiers this year, starting that drawdown this month. A further 23,000 will be withdrawn by the summer of 2012; the last of these withdrawals happening in September of 2012.

White House officials alighted on withdrawing all of the 33,000 soldiers who made up the troops of the surge by September 2012 not only because of the progress against al Qaeda and the Taliban, but also because this would be exactly two years after the last units of the surge troops first authorized by President Obama in December 2009 had arrived in the Afghan theater.

The military progress in Afghanistan has enabled some political progress with Afghan security forces preparing to take over the security of seven areas in Afghanistan this year in which some 20% of the Afghan population lives.

Special Forces operations against the Taliban "middle management" in Afghanistan have put significant pressure on them and have opened up more opportunities for "reconciliation" with the Taliban.

A White House official said that the administration is "not starry eyed" about the prospects of these discussions with the Taliban and does not anticipate anything like "the Treaty of Versailles," which ended World War I. However, the official said that there are now between "10 and 20 leads" that the United States is aware of that may lead to some kind of substantial talks with the Taliban.

The official said that all these leads are in the "exploratory" phase and that where the U.S. is involved in any of these discussions, Afghan President Hamid Karzai has been briefed about them.

According to the White House official, some of the leads into the Taliban "dry up" or are found to be "dead ends," and the administration is still in the phase of doing "detective work" on these leads trying to ascertain if a particular Taliban feeler is coming from a "free agent," or if he is really connected to senior Taliban leaders.

Pakistan has a role to play in "reconciliation:" because while it can not "deliver" the Taliban, it can help promote the reconciliation process.

White House officials discussed the administration plans to forge a partnership agreement with Afghanistan that extends beyond the withdrawal of all combat troops slated for 2014.

The officials said that such an agreement would not rise to the level of a full-blown treaty with Afghanistan but would involve continued U.S. aid and some kind of long-term American military presence in the country to train Afghan forces and perform counterterrorism missions into 2015 and beyond.

For that partnership to become a reality Karzai has been told that he must first clean up the problems at the fraud-plagued Kabul Bank, a major Afghan bank that collapsed last year after being looted of hundreds of million of dollars by officials with ties to the Karzai administration.

Officials said that the 68, 000 U.S. soldiers that will remain in Afghanistan after the withdrawal of the surge forces are more than sufficient to continue the key tasks of training and developing the Afghan army. They are also able to perform operations against Taliban leaders and training Pashtu tribal militias know as Afghan Local Police that operate at the village level and are taking away the Taliban's freedom of movement in their former strongholds in rural Afghanistan.

The White House officials say that Karzai indicated in a conversation with President Obama two weeks ago that he plans to abide by the Afghan constitution and step down after the completion of his second term in 2014, a point that he also made recently to U.S. Defense Secretary Robert Gates.

Leading Afghan opposition politicians such as Dr. Abdullah Abdullah are convinced however that Karzai will try and circumvent the constitutional requirement that he step down after his two terms are up and will manipulate the Afghan political process so that he can run for a third term.