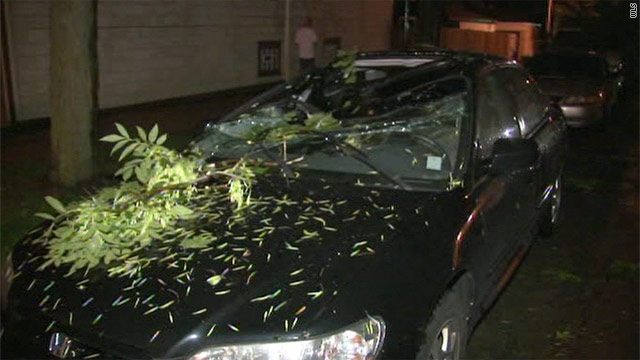 Spokesman Bennie Currie said while crews are working to restore power, it could take days to return service to all customers.

Did you experience severe weather in the Chicago area? Share your story.

"The severe storms that passed through our service territory caused extensive damage, which will result in a multiple day restoration effort," the electric company said in a statement.

At O'Hare International Airport, 350 flights have been canceled, according to the Chicago Department of Aviation. The department also reported departure delays of up to two hours late Tuesday night.

Flights were delayed at Chicago's Midway Airport for up to two hours due to rain and thunderstorms, according the the city's aviation department. Thirty flights were canceled at that airport.