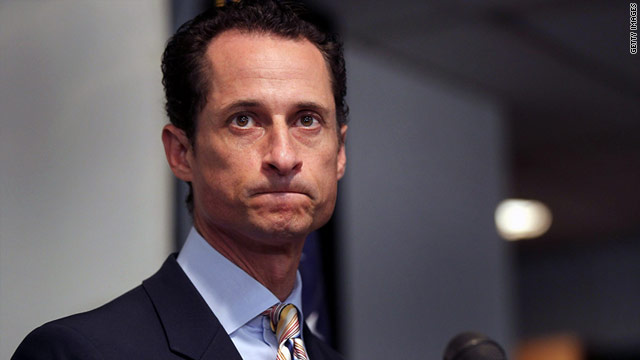 (CNN) -- U.S. Rep. Anthony Weiner's resignation from the House of Representatives will be official Tuesday, according to a statement from his office.

Weiner, D-New York, announced his resignation June 16 in a news conference, but his letter of resignation will be read in a meeting of the House on Tuesday.

"It has been an honor to serve the people of Queens and Brooklyn," Weiner said in his statement.

A month after Weiner's Twitter account showed lewd photos of the representative, he resigned with little support from either party.

Weiner initially said the photos were the work of a hacker, but later recanted his story and apologized for his actions.

He had refused to resign even at the insistence of other members of the Democratic Party, who called Weiner's media presence and the scandal a "distraction."

Weiner apologized "for the personal mistakes I have made and for the embarrassment I have caused" in his June 16 announcement.