Headed to the beach? Heads up for an invasion force 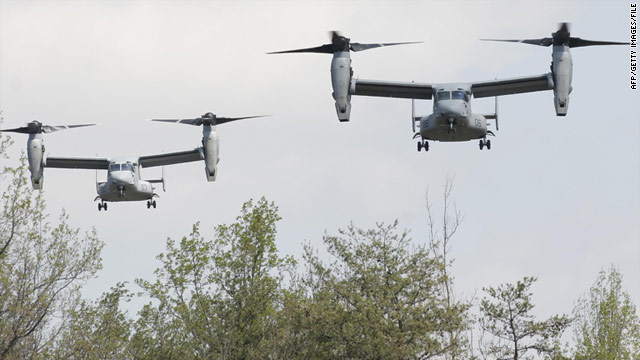 Washington (CNN) -- It's mid-June, a perfect time to visit the beach to watch porpoises play in the surf or seagulls strut the sand -- or you could watch a formation of Marine Corps warplanes darting over the shore at hundreds of miles per hour.

The exercise is designed to test the capability of every type of Marine Corps aircraft, including MV-22 Ospreys and F/A 18 Hornets, as well as some Navy ships and Air Force planes.

The drill will stretch from Quantico Marine Base in northern Virginia to the Navy's Pinecastle Bombing Range in Florida.

With thousands of Marines and other service members involved, it's the biggest such drill ever on the U.S. East Coast.

Mailed Fist was not originally supposed to be one big exercise. But the 2nd Marine Aircraft Wing's commander, Maj. Gen. Jon Davis, decided to combine several smaller drills into one big exercise. Not only do the Marines train closer to home, the Pentagon saves money.

Most of the exercises will take place in the skies above or near Marine bases along the North and South Carolina coast.

From Monday until Friday, vacationers "who are located near the bases ... will see an increase in air and ground traffic at various times throughout the week, but there should be minimal impact on activity near beaches other than occasional fly-overs at relatively high altitudes," the spokesman said.