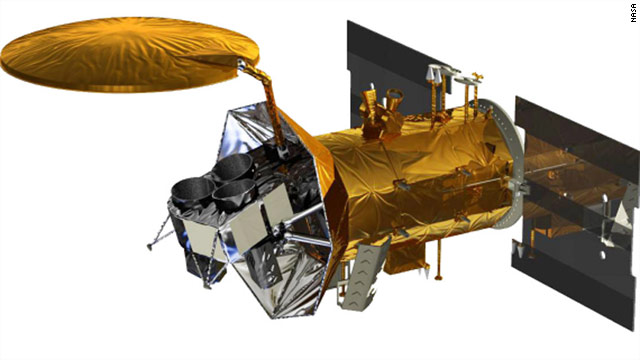 The Aquarius satellite will give researchers more data about climate change.
STORY HIGHLIGHTS

For the next three years, the Aquarius satellite will look back at Earth and generate monthly maps of sea salt movements, data that are crucial to the understanding of global climate change and ocean currents.

The project will give scientists the information they need to better predict El Nino and La Nina tropical climate patterns in the Pacific. Until now, such research has been limited to ship and buoy instrumentation.

The long-term project, which began in 2001, is the culmination of a joint effort between NASA and Argentina's National Space Activities Commission.

Program executive Eric Ianson said the launch "represents a great leap forward for the two agencies and (their) collaborations."

The Delta II rocket carried an Argentine-built satellite with American data-gathering instruments. The mission will also serve as an environmental data-gathering project for Brazil, France, Italy and Canada.

It was delayed once this week because of a guidance computer problem.

The $287 million satellite will provide insights into water circulation and changes around the globe by measuring the microwave energy emitted from the ocean during weekly scans.

The mission begins to fulfill part of President Barack Obama's 2010 pledge to focus NASA more on "science that will garner tangible benefits, helping us to protect our environment for future generations."

Aquarius is the 14th NASA Earth Science satellite in space.