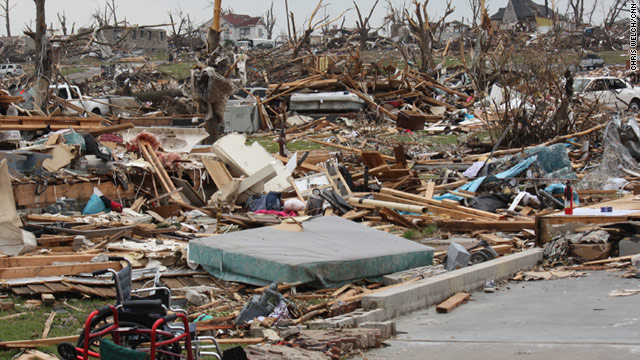 The U.S. Centers for Disease Control and Prevention is assisting state and local health officials, who are investigating the cases.

All three individuals who died had serious injuries, as well as fungus, Jasper County Coroner Rob Chappel said. One of the deaths was caused by the infection, called mucormycosis, but the cause of death for the other two victims has not been determined, he said.

All eight patients sustained multiple injuries and secondary wound infections, according to the Missouri Department of Health and Senior Services.

The infection can occur when dirt, vegetation or other material becomes lodged under the skin.

The death toll from the May tornado stood at 151 on Friday.

The Joplin cases apparently are a form of the severe infection that appears with soft-tissue injuries.

A spore on the tip of a tree, for example, can pierce the skin, Park said. The infection can progress a few weeks later and cause significant damage to tissue, which can require hospitalization, antibiotics and even removal of the tissue.

Although this is a rare infection, it can have extremely serious consequences, requiring prompt medical attention, Park said.

Anyone in the tornado area that is suffering wounds that are not healing should seek prompt medical attention, he added.

Deep skin fungal infection does not spread from human to human, Missouri officials said. No cases were attributed to air, food or water.

CNN's Miriam Falco and Divina Mims contributed to this report.