'Walmart of Weed' to open in Arizona, promote growing your own 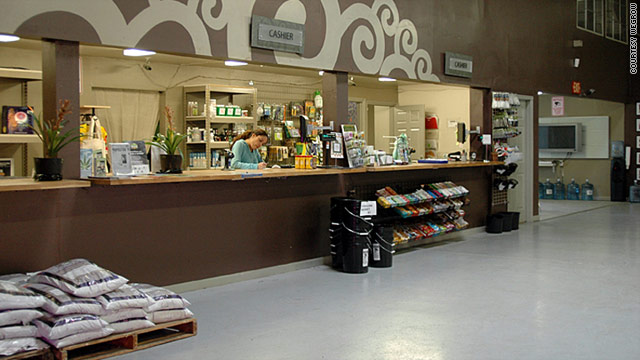 weGrow is opening a store in Phoenix, Arizona, its first outside California.
STORY HIGHLIGHTS
RELATED TOPICS

This newest big-box store is devoted to selling marijuana-growing equipment.

Its biggest outlet yet is to open Wednesday in Phoenix, where Arizona voters approved medical cannabis last fall.

The weGrow Store will be the first outside California, where medical weed has long been legalized. None of the chain's three stores sell the drug. Instead, they unabashedly promote medical marijuana by offering "everything -- from supplies to services -- that cultivators need to grow it," the company says.

What sets weGrow apart from the mom-and-pop stores selling the growing supplies is that weGrow openly states its hydroponic equipment is intended for pot, a spokeswoman said.

The smaller stores often claim the hydroponic equipment is used for growing indoor tomatoes and often kick out a customer if they broach the subject of medical cannabis, said weGrow spokeswoman Melissa DiGianfilippo.

While 16 states and the District of Columbia now allow for some sort of medical marijuana, there remains ambiguity about whether U.S. authorities would ever enforce federal laws against marijuana distribution, though 90% of hydroponics revenue is from cannabis growers, DiGianfilippo said.

In fact, the state of Arizona filed a federal lawsuit last week asking the courts to determine whether the voter-approved initiative legalizing medical marijuana is, indeed, legal.

So far, about 4,000 Arizonans became state-authorized marijuana users after the state began issuing the cards on April 15, DiGianfilippo said.

WeGrow chose Wednesday to open its superstore because that was supposed to be the day the state was scheduled to begin accepting applications to run a marijuana dispensary.

Nonetheless, the federal government considers marijuana a controlled substance. In a May 2, 2011, letter, U.S. Attorney Dennis Burke of Arizona warned state officials that "growing, distributing and possessing marijuana, in any capacity, other than as a federally authorized research program, is a violation of federal law regardless of state laws that purport to permit such activities," according to Brewer.

Burke declared that his office would "vigorously prosecute individuals and organizations that participate in unlawful manufacturing, distribution and marketing activity involving marijuana, even if such activities are permitted under state law," according to Brewer's office.

"The State of Arizona has worked to follow the wishes of voters," Brewer said in a statement. "But I won't stand aside while state employees and average Arizonans acting in good faith are unwittingly put at risk. In light of the explicit warnings on this issue offered by Arizona's U.S. Attorney, as well as many other federal prosecutors, clarity and judicial direction are in order."

Brewer has directed that the Arizona Department of Health Services put on hold its process for licensing marijuana dispensaries, pending court action on this issue, Brewer's spokesman, Matthew Benson, told CNN on Tuesday.

"The agency will continue providing registration cards for individuals who receive a doctor's recommendation to use medical marijuana," Benson said in an e-mail.

WeGrow founder Dhar Mann, a 27-year-old entrepreneur who opened his first store in Oakland after a small hydroponics store ejected him for asking about medical marijuana cultivation, said his firm still sees an opportunity in Arizona, where he estimates medical pot to be a billion-dollar industry. He has plans for similar superstores in other states with legal marijuana.

The Phoenix store, located in an industrial area so as not to upset any homeowners, will be 21,000 square feet.

Wednesday's grand opening in Phoenix will feature indoor growing demonstrations with nonmarijuana plants, experts on how to build professional grow rooms, a physician for patient evaluations and classes on how to safely and responsibly cultivate medical marijuana, weGrow officials said.

Mann said the Arizona law allows for up to 124 dispensaries, and he took exception with the governor's lawsuit.

"Delaying the process that a majority of the Arizona voters have asked for prevents qualified cannabis patients from receiving medicine they need and causes unfair financial hardship to businesspeople who have invested tens of thousands of dollars in reliance on the process set up by the state," Mann said in a statement.

"Medical marijuana cultivating, dispensing, and consuming will exist with or without governmental approval," Mann said. "It's time to tax and regulate this industry so legitimate business people and patients are not criminalized."