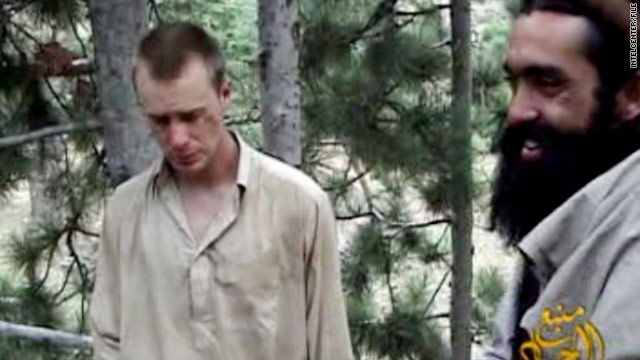 (CNN) -- The father of a U.S. soldier captured in Afghanistan nearly two years ago made his first public appeal for his son's release Friday, empathizing with his captors but saying Spc. Bowe Bergdahl "is being exploited."

Robert Bergdahl, who lives in Hailey, Idaho, released a YouTube video recording to address the Taliban and the Haqqani network, an ally of the Taliban that has an extensive presence along the Afghan-Pakistan border. It, too, has fought U.S. forces.

Bergdahl also made direct appeals to the head of the Pakistani Army and the country's intelligence agency.

"We ask for your nation's diligent help to free our son from his captivity," the elder Bergdahl says in remarks to the Pakistani government. "I pray this video be shown to our only son."

An Army point of contact with the family confirmed to CNN that Robert Bergdahl is in the video.

Complicating the situation is an aggressive campaign by U.S. and allied forces against the Haqqani network in recent months. NATO's International Security Assistance Force says it has killed or captured dozens of Haqqani fighters and facilitators.

Bowe Bergdahl, 25, disappeared in June 2009 after he finished his guard shift at a combat outpost in southeastern Afghanistan's Paktika province. He has been seen in several videos released by the Taliban.

His whereabouts today are unknown, though some security analysts say it is likely he is in Pakistan.

In December 2010, Bowe Bergdahl appeared in footage released by Manba al-Jihad, a video production group associated with the Taliban.

A speaker said the Paktia mujahedeen captured the soldier, and he is in the custody of the Islamic Emirate of Afghanistan (the Taliban) and has all "Islamic rights." In the nearly 45-minute video, Bowe Bergdahl is wearing an open-necked, tan shirt and has a large abrasion on his left cheek, just below the eye.

In his YouTube video, shot against a mountain backdrop, Robert Bergdahl says, "Strangely to some, we must also thank those who have cared for our son for almost two years."

He mentions Mullah Sangeen, believed to be a senior commander within the Haqqani network, and others who "have played a role in sheltering the American prisoner."

"We know our son is a prisoner and at the same time a guest in your homes. We understand the rationale the Islamic Emirate (Taliban) has made through their videos," the father says.

"No family in the United States understands the detainee issue like ours. Our son's safe return will only heighten public awareness of this. That said, our son is being exploited. It is past time for Bowe and the others to come home."

The elder Bergdahl, at times speaking in a language used in northern Pakistan and Afghanistan, also conveys "compassionate respect" to the people of Pakistan, who have endured war, earthquakes, floods and crop failures.

CNN's Ed Lavandera and Tim Lister contributed to this report.