American who trained al Qaeda pilots still wonders, 'Why me?' 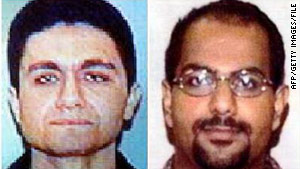 Naples, Florida (CNN) -- He didn't lose any friends or family on that Tuesday in September of 2001, but Rudi Dekkers achieved infamy that day, watching two of his flight school students commit murder as they steered two hijacked passenger jets into the World Trade Center towers.

"I wish I killed him," he told CNN. "Like a lot of people, I wish I was the one. And bravo to everyone who was behind this. The head of the snake is gone."

Dekkers says he's spent the past 10 years wondering why two terrorists would choose his Venice, Florida, flight school to practice for the day that will go down in U.S. history as one of its greatest tragedies.

Now bin Laden may be gone, but the pain is not.

"To realize he's not there anymore takes some time ... it's a deep emotion for me," Dekkers said. "I don't have that closure yet. I feel like it is buried. But it is fine and perfect that he's out of the picture."

Dekkers' life has been turned upside down ever since it became known that Mohamed Atta and Marwan al Shehhi came to his school, Huffman Aviation, to get their multi-engine commercial pilot licenses in the summer of 2000.

Dekkers wrote a book about it, "Guilty by Association,"

He says the title pretty much sums up the last 10 years of his life, filled with threats, forced to sell his business.

"Guilty by association is meant as a phrase to mean banks won't borrow you money. I can't get a job because I'm related to 9/11," he claimed.

And now, with the death of bin Laden, Dekkers is emotionally encouraged, but it's only part of the healing.

"Ten years with this emotion, do you think it's over in one day?" he asked. "They want a scapegoat ... when I met people and they found out I was affiliated with this, they turned their back."

Is the grocery store responsible for keeping them alive, because they bought groceries there? This is life. We're all caught up in this."
--Rudi Dekkers

Dekkers no longer has a flight school. He was not able to secure financing, he believes, because of his ties to the 9/11 tragedy.

He went into the swimming pool business for a while and today he runs a cellular phone business. He says that while the event remains heavy on his mind, he does not feel responsible.

"Is the grocery store responsible for keeping them alive, because they bought groceries there? This is life. We're all caught up in this," he said.

Dekkers says that both Atta and al Shehhi never displayed any behaviors that would have labeled them as terrorists. At one point, he says, the two men were on the verge of being kicked out of the school because they did not appear to be taking their training seriously and were too busy fooling around and not listening to their instructors. They had to be warned, and went on to become average students, Dekkers said.

"Al Shehhi was a more likable person. He laughed and joked," said Dekkers.

"My employees called Atta 'Dead man walking.' He had a white face and no emotions and was a nasty person, very unfriendly," Dekkers told CNN.

The two future terrorists went on to pass the FAA commercial pilot's test and were granted their licenses.

"I didn't know what they were about to do," Dekkers said. "I don't feel guilty at all. I couldn't do nothing about it.

"I wish I could be a hero. I think about this often. Why me? But that's fate. You can't turn away from fate, I guess."