In Alabama city, 'everything is gone and I am not exaggerating' 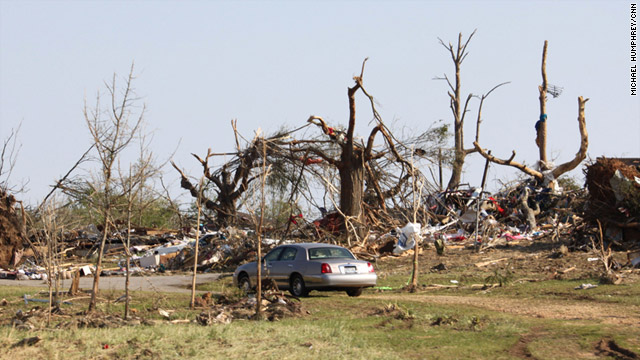 Destroyed trees and piles of debris are all that remain in Hackleburg, Alabama after a devastating storm.
STORY HIGHLIGHTS
RELATED TOPICS

(CNN) -- In a matter of minutes, a way of life disappeared in Hackleburg, Alabama.

Three schools. A doctor's office. The pharmacy. A ballfield where children swang for the fences. The Wrangler plant that employed hundreds. A service station.

But the cost from Wednesday's devastating storms was so much dearer.

Twenty-nine people in the northwest Alabama town of nearly 1,600 residents died, according to Marion County Sheriff Kevin Williams. Sixteen died at the scene and 13 died at several hospitals, Williams said.

"It's been overwhelming at times," he said of the county's ordeal.

Another six perished in the county seat of Hamilton, he said, making for a total of 35. Up to 400 people may have been hurt across Marion County, which borders Mississippi and has about 30,000 residents.

Total fatalities for all of Alabama was 249.

Giving it all away

The storms -- which may have included two tornadoes -- roared along U.S. 43 and downtown, destroying almost every business in Hackleburg, officials said Friday. A trailer plant managed to survive, but up to 100 residences were destroyed.

"It's pretty much wiped out," Williams said of the city. "It looks like a war zone."

A bank vault is being used to store medicine, now that the pharmacy is gone. Thirteen people were trapped in the Wrangler plant; one died.

"Everything is gone, and I am not exaggerating," said city Police Chief Kenny Hallmark, 40.

But, officials said, there were blessings.

Assistance -- in the form of law enforcement, emergency crews and aid groups -- has poured in. And two members of the city's police department recently received homeland security training in Eufaula, Alabama.

About 250 firefighters from the region logged in as volunteers, Williams said.

Although there were shelters, townspeople were taking caring of their own, Hallmark told CNN.

"We have a small, close-knit community that takes care of each other, where we don't have to have shelters," Hallmark said.

"My house was in direct path and it is still standing," although it was damaged, he said.

Others were not so fortunate. Most of the dead, Williams said, were found in residences.

The incredibly powerful storms lifted a truck and deposited it four miles away, said Hallmark.

For now, the city is digging out and trying to reassemble.

"This is people who lived here," the chief said.