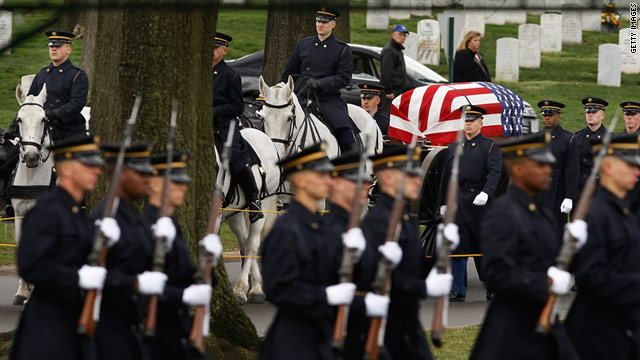 (CNN) -- The remains of a Massachusetts airman missing in action from World War II have been identified and will be returned to his family for burial, the Department of Defense said Wednesday.

Army Air Forces 2nd Lt. Martin P. Murray, 21, of Lowell, Massachusetts, took off on October 27, 1943, from an airfield near Port Moresby, New Guinea, with 11 other crew members aboard a B-24D Liberator.

At the time, plans were being formulated to mount an attack on the Japanese fortification at Rabaul in Papua New Guinea's New Britain Province, the Defense Department's POW/Missing Personnel Office said in a statement. The crew was assigned to conduct reconnaissance on nearby shipping lanes in the Bismarck Sea.

During the mission, however, the crew was told to land at a friendly air strip nearby due to poor weather, officials said. "The last radio transmission from the crew did not indicate their location. Multiple search missions in the following weeks did not locate the aircraft."

After World War II, the Army Graves Registration Service searched for missing airmen, including Murray, in the area, but concluded in June 1949 all of them were unrecoverable, the department said.

In August 2003, a team from the Joint POW/MIA Accounting Command received information on a crash site from a citizen in Papua New Guinea while investigating another case, according to the statement. The citizen gave the team an identification card from one of the crew members and said there were possible human remains at the site.

Other teams attempted to visit the site twice in 2004, but were unable to because of poor weather and hazardous conditions at the helicopter landing site, authorities said. "Another team was able to successfully excavate the site from January to March 2007 where they found several identification tags from the B-24D crew as well as human remains."

Murray's remains will be buried Saturday in Marshfield, Massachusetts, the Defense Department said.

At the end of World War II, the U.S. government was unable to recover and identify 79,000 Americans, the statement said. Now, that number has decreased to 74,000.