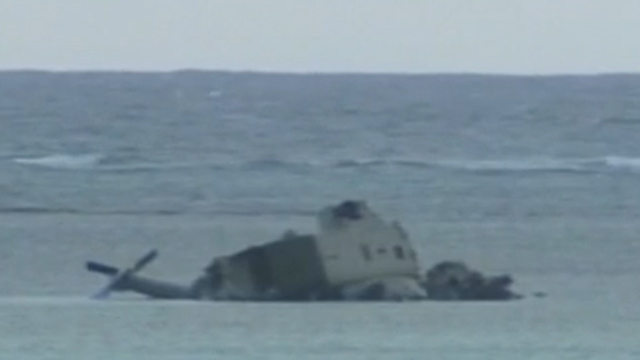 (CNN) -- A U.S. Marine helicopter's emergency landing into the ocean in Hawaii killed one Marine and injured three others Tuesday evening, the Marine Corps said Wednesday.

Two of the injured crew members were in critical condition in a Honolulu hospital, while the third Marine was in stable condition, according to the military.

The three injured crew members were flown to Queens Medical Center in Honolulu.

"The downed helicopter remains on its side in Kaneohe Bay and a salvage operation is being planned," a Marine statement said.

The name of the Marine who was killed will not be made public until a day after relatives are told, the statement said.