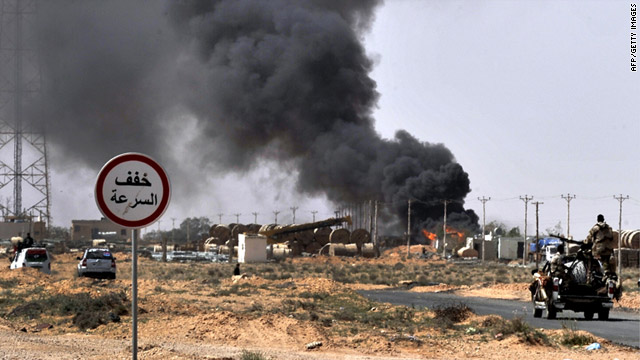 (CNN) -- The U.S. military has already reduced its day-to-day presence in the operation in and around Libya, according to a defense official.

"Some of the ships have peeled off, but are still in the region," said the official, who declined to be identified because of the sensitivity of the mission.

At least two of the ships involved in the initial phase of establishing the no-fly zone over Libya are no longer involved in day-to-day operations, the official said.

The U.S. still "would still keep the capability to fire Tomahawk missiles, but they're not needed as much. So the ships that have that capability may go to other spots as needed," the defense official said. There is still enough capability to do what the U.S. has to do, he said.

"The USS Providence has now moved on to previously assigned tasking, having completed all strikes missions assigned to her," Vice Adm. Bill Gortney told reporters at the Pentagon on Monday.

While drawing down on the assets that can fire Tomahawk missiles, the official said the U.S. would not drastically reduce its presence while Moammar Gadhafi's forces are still capable of mounting resistance and attacks.

"You still see anti-aircraft fire shooting off at night, which means the capability is still there" to shoot down planes, the official said. "We don't want to get too low on manpower, not yet."