Hispanic growth in United States ahead of estimates 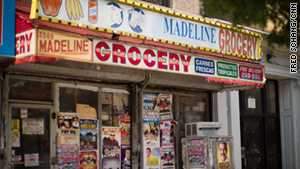 A store in New York's Fort Washington neighborhood has signs in both Spanish and English.
STORY HIGHLIGHTS
RELATED TOPICS

(CNN) -- The growth of the Hispanic population in the United States is outstripping pre-census estimates, the Pew Hispanic Center report released Tuesday says.

"The number of Hispanics counted in the 2010 Census has been larger than expected in most states for which the Census Bureau has released detailed population totals so far," the report says.

The Census Bureau has released its tally of Hispanics in 33 states.

"Those states' combined Census 2010 total of 38.7 million Hispanics was higher by 590,000 people," the report says. Data on the remaining states will be released by the end of March.

Last month, a Pew Hispanic Center report said a two-year decline in the unauthorized immigrant population in the United States had leveled off.

A rebounding economy may be a counteracting force, one of the study's authors, Jeffrey S. Passel, said.

"What we've seen historically is that when employment opportunities have increased, we've seen increased flows" to the United States, he said.

The economy in 2009 was better than in 2008, and indications are that the numbers will be even better for 2010, hinting that illegal immigration numbers could potentially creep back up, he said.