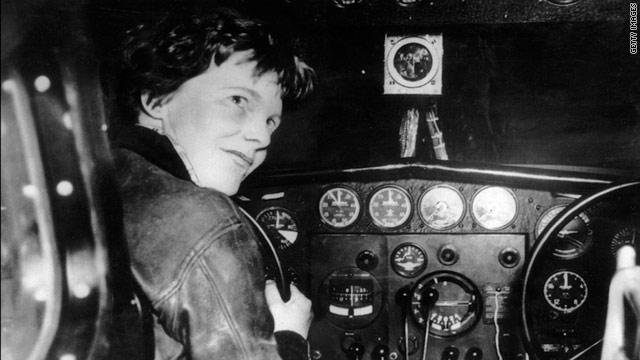 Earhart disappeared near the island of Nikumaroro in 1937 while flying around the world with navigator Fred Noonan.
STORY HIGHLIGHTS
RELATED TOPICS

(CNN) -- The fate of famed aviator Amelia Earhart remains a mystery after DNA tests on one of three bone fragments discovered on a Pacific island proved inconclusive.

Cecil M. Lewis Jr. of the University of Oklahoma's Molecular Anthropology Laboratories reported "the question of whether the bone is human must remain unanswered" until new technologies may make a determination possible.

The International Group for Historic Aircraft Recovery (TIGHAR) asked Lewis to test the bones found in 2010 on Nikumaroro, formerly Gardner Island. The bone tested by Lewis may be from Earhart's finger, the group says.

Earhart disappeared near the island in 1937 while flying around the world with navigator Fred Noonan. She was later declared dead.

"You learn patience," TIGHAR executive director Ric Gillespie said Wednesday night about the findings. "The door is still open for it to be a human finger bone."

According to Gillespie, a British officer found 13 bones, including a skull, of a likely castaway on the island in 1940 and sent them to Fiji. The officer also reported finding the remains of a woman's shoe and a man's shoe.

A doctor in Fiji determined the bones were of a human male, but the remains disappeared.

TIGHAR, using notes from the doctor, asked two forensic anthropologists to examine the report on the bones. They concluded they were of a female with northern European origin, Gillespie said.

Researchers and the public have long speculated on Earhart's fate. One theory has she and Noonan crash-landing on the island, only to die while awaiting rescue.

The three bone fragments were found in the same area as the 13 bones, Gillespie said. The question is whether the bones were from a human or a turtle. But teams have found no evidence of turtle limbs, he said.

Lewis, who will discuss his findings Thursday, said in his report posted on TIGHAR's website that two procedures detected possible human mitochondrial DNA, but he was unable to repeat the result.

"We're waiting for new technology to continue sampling without destroying much more bone," Gillespie said. Any results would have to be independently verified.

TIGHAR has DNA samples from a female relative of Earhart that could be tested with any bones definitively found to be human, Gillespie.

Lewis also reported that possible fecal clumps found in the same area will continue to be tested. It's possible definitive human DNA can be confirmed.

Gillespie said his group has found many artifacts on Nikumaroro, including fish bones and a small "ointment pot."

The only product we can find that was sold in this kind of jar was Dr. Berry's Freckle Ointment (a cream for making freckles fade)," Gillespie said. "Earhart had freckles and is known to have considered them unattractive."