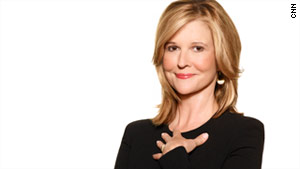 Kathleen Parker is leaving as the co-host of CNN's "Parker Spitzer."
STORY HIGHLIGHTS

"I have decided to return to a schedule that will allow me to focus more on my syndicated newspaper column and other writings," Parker said in a statement.

She said she enjoyed her time on the show "Parker Spitzer" with former New York Gov. Eliot Spitzer, but she had missed focusing full-time on her column in the months she had been working on the show.

"With the show going in a new direction, it is a good time to move on," Parker said. "I want to thank the viewers who have been so kind with their comments and support."

Ken Jautz, CNN executive vice president, said a new program, called "In the Arena," will begin Monday. Spitzer will remain on that show, which will adopt "an ensemble format with several newsmakers, guests and contributors joining Eliot Spitzer each night."

"E.D. Hill and Will Cain join the program as well as others within and outside the CNN family," Jautz said.

Parker will occasionally appear on CNN to "provide her insights and commentary," Jautz said.

"We thank Kathleen for her hard work and all that she has done to help us launch our new 8 p.m. program," Jautz said in a note to staff. "We respect her as a colleague and appreciate her perspective and contributions."

Added Spitzer, "It has been a joy working with her as a teammate, and I continue to be a huge fan of the wisdom that jumps from her written work and the wit, charm and insight she brings to all that she does."

Parker is one of the nation's most prolific and popular opinion columnists, appearing twice weekly in more than 400 newspapers. In May, she was awarded the 2010 Pulitzer Prize for Commentary for her political opinion columns.