CNN.com 'Godfather' dies at 63 after battle with cancer 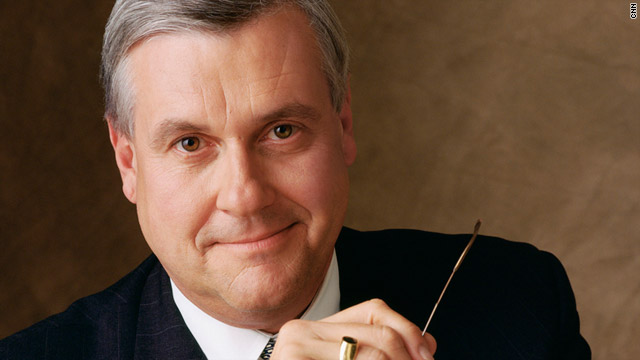 Former CNN executive John Petrovich died Thursday after a battle with cancer and diabetes. He was 63.
STORY HIGHLIGHTS

Atlanta, Georgia (CNN) -- Jon Petrovich greenlighted funding for CNN.com in 1994 and became known as its "Godfather," a title he relished as the site became the most-read news site in the world.

Petrovich, a former CNN executive, died Thursday in New York after a battle with cancer and diabetes. He would have turned 64 at the end of this month.

"Jon was a big presence at our company and in the media industry," Jim Walton, president of CNN Worldwide, said in an e-mail sent to CNN staff. "He was a builder, an innovator and a journalist, first and last."

Petrovich was known for his impeccable tailored suits, his optimistic outlook on life and solid news judgment. He hobnobbed with the likes of Ted Turner. He just as easily struck up conversations with interns, entry-level staffers and the rank-and-file.

"He was just a good boss. He didn't interfere when you wanted to do something that hadn't been tried before," said Al Schrack, a Headline News producer in the late 1980s and who remains a producer at HLN.

"He had confidence in his team enough to allow the producers in the newsroom to be creative and come up with innovative shows. He was always open to new ideas."

Scott Woelfel, the original editor-in-chief of CNN Interactive, said he was in need of funding for the online division after a business plan was drawn up in 1994. At the time, CNN.com had yet to launch.

"We didn't think we could set it up as an independent division of CNN then," Woelfel said in an e-mail message. "So we went to Jon to see if we could get it funded under Headline News.

"Even though this clearly was not an area he was familiar with, he had confidence in us and took on the big responsibility of being financially responsible for us in the early years. Who would have thought an 'old news' guy like him would have stepped up like that? We all owe him a lot."

It was Woelfel who gave Petrovich his nickname. "I have called him the Godfather many times, and he always liked that."

Petrovich was brought in by Turner in the mid-1980s to run Headline News, said former CNN President Tom Johnson. Along the way, he helped create niche channels like the Airport Network and CNN en Español.

"In so many ways, Jon Petrovich was the chief innovation executive at CNN," Johnson said. "With a terrific staff, he helped to create so many of the new services of the news group. CNN.com was only one of his historic innovations."

He spent 15 years at CNN, where he became an executive vice president. Before joining the network, he worked his way through the ranks of local stations. He was a reporter in Louisville, Kentucky, earned his stripes on an assignment desk in Detroit and got his taste of news directing in Baltimore.

After leaving CNN in 2000, he continued to excel. He oversaw international networks for Sony Television and became the head of U.S. broadcast operations for The Associated Press in 2007. He also was a professor for the Medill School of Journalism at Northwestern University.

A man of humble roots in Gary, Indiana, Petrovich loved food and fine dining. Most of all, he was a family man known to boast about his two children around his colleagues -- and more recently, dote on his grandchildren.

He leaves behind his wife, Karen, who was his high school sweetheart; and two grown children, Kristin and Jonathan.

"He once told me, 'If I die tomorrow, I'm OK with that. I've been blessed. I've seen the world and have a great family,' " his nephew Ron Petrovich said in an online message.

CNN's Walton added, "Jon helped lay CNN's foundation and he leaves a great many friends here. Our thoughts are of him and with his family."