The music dies for once popular 'Guitar Hero' video game 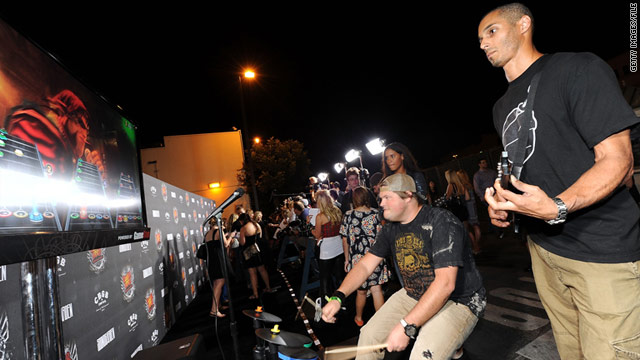 "Guitar Hero" was once credited with reviving teen's interest in rock. Now the video game will be discontinued.
STORY HIGHLIGHTS
RELATED TOPICS

Los Angeles (CNN) -- The video game "Guitar Hero," once believed to be helping revive rock a few years ago in the hip-hop era, will jam no longer.

Activision Blizzard Inc. announced Wednesday it will cease publishing the game this year.

The decision was "based on the desire to focus on the greatest opportunities that the company currently has to create the world's best interactive entertainment experiences," the firm said.

The cancellation came as the Santa Monica, California-based company announced a record operating cash flow of $1.4 billion in 2010. Its revenues last year from digital channels grew more than 20 percent to $1.5 billion.

The once-popular video game was even featured in the Vince Vaughn film "Couples Retreat" in 2009.

As rock struggled against rap music, video games like "Guitar Hero" and "Rock Band" were credited with creating a new appreciation for rock 'n' roll among the millennial generation born in the '90s who didn't know much about Aerosmith, Pat Benatar and other musicians of the '70s and '80s.

At the time, Geoff Mayfield, senior analyst and director of charts for Billboard magazine, said he saw a direct cause and effect for some of the artists who licensed their songs to "Guitar Hero."

"A few weeks ago, when the game featuring Aerosmith ('Guitar Hero: Aerosmith') came out, there was more than a 40 percent increase in their catalog sales," Mayfield said in 2008.

The video games even increased interest in guitars, according to the nationwide Guitar Center chain. Bars held "Guitar Hero" nights. And schools like Roosevelt High in Los Angeles, where most teens have grown up on a steady diet of hip-hop and R&B, sponsored three-day "Guitar Hero Face-Off" in its auditorium, blaring heavy metal.

For now, the art of playing air guitar -- and "Guitar Hero" -- seems a quaint bygone.