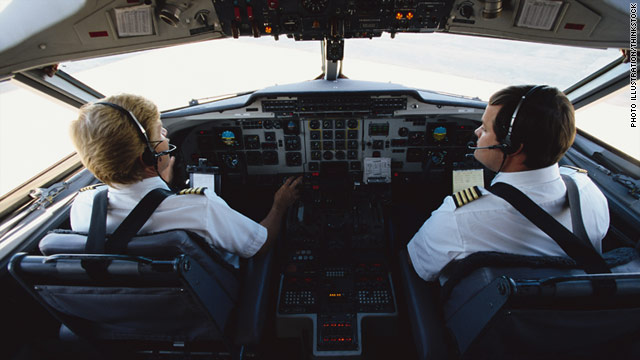 Washington (CNN) -- Long hours flying under computer control may have dulled the skills of airline flight crews, according to a U.S. advisory board that recommends more manual flight time for pilots.

"They're becoming very dependent upon using the autopilot, the auto-throttles, the auto flight system, the computers, to actually operate the entire flight," said Kevin Hiatt, a former airline pilot who sat on that board.

"What happens is, you don't actually hand-fly or manipulate the controls, whether it's a control yoke or a sidestick controller," Hiatt said. "Therefore, your computer skills get greatly enhanced, but your flying skills start to get rusty."

Those concerns were highlighted by the 2009 crash of Air France Flight 447 off the coast of Brazil.

When the crew received warnings that the aircraft was stalling high above the Atlantic Ocean and the autopilot shut down, the co-pilot started pulling the nose up -- exactly the opposite of what he was supposed to do. When the pilot returned to the flight deck to correct him, it was too late.

French investigators found that the pilots had failed to discuss earlier stall warnings and had received no high-altitude training to correct the problem.

All 228 people aboard the Airbus A330 from Rio de Janeiro to Paris were killed in the crash. Investigators say that more than 70 bodies will never be recovered.

The same January, a Colgan Air commuter plane crashed in icy conditions on its approach to Buffalo, New York, killing 50 people. Investigators said the pilot had countermanded the aircraft's system recommendations, something Hiatt and his panel say suggests that he had forgotten some key procedures.

The U.S. advisory committee, commissioned by Congress and working under the Federal Aviation Administration, found that jetliner crews are relying too much on autopilot. In some cases, pilots have the stick for less than three minutes during takeoffs and landings, and landings also can be done on autopilot, Hiatt said.

The committee found that the problem is not the fault of the industry or regulators but the result of evolving technologies and standards over the years.

The FAA would not comment on the recommendations, which were issued in late July. The Airline Pilots Association, the union that represents flight officers on 39 North American airlines, said airline safety "is a testament to the high levels of skill brought to the cockpit by the professional airline pilot."

The panel recommended that airlines provide guidance for manual flights in their operating manuals to encourage more actual flying by pilots. But experts say the problem may get worse because of the way younger pilots are trained.

"When you bring on a new pilot who has not been through some of the things that some of the older guys have, they've never flown an airplane that had anything but some computer activity on it," retired commercial pilot Jim Tilmon said. "They don't understand what to do necessarily when something goes wrong with their computer."