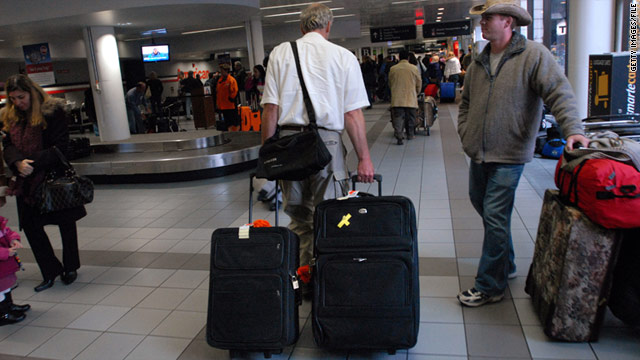 (CNN) -- Air travelers departing from Boston Logan International Airport may experience something new during the screening process: a "casual conversation" with security at the checkpoint.

On the job training began Tuesday for officers in the TSA's expanded behavior detection program -- a pilot initiative that will be in place in the airport's Terminal A for 60 days. Logan is the only airport with the pilot program.

As they talk with passengers, the officers will try to spot potentially high-risk travelers by looking for suspicious behavior and facial expressions of tension, fear or deception.

"The majority of passengers will experience a casual conversation with a behavior detection officer after they provide their boarding pass and ID," said TSA spokesman Greg Soule.

"A small portion of passengers may get selected for an extended conversation and if the behaviors are still being exhibited, they may receive additional screening. In some cases, they may be referred to law enforcement."

More than 3,000 behavior detection officers are already deployed at airports across the nation as part of the Screening Passengers by Observation Techniques (SPOT) program, Soule said.

The pilot initiative at Logan is different in that the officers will engage passengers in a conversation, rather than just observe them.

TSA chose Boston's airport for the pilot because the agency's behavior analysis program started there in 2003 and was ultimately expanded to more than 160 airports nationwide, Soule said.

He emphasized the expanded program is in place only at that one checkpoint in the entire country. The TSA will evaluate how the pilot impacts security and passengers before determining whether to expand it to other airports.

Soule declined to provide examples of the questions travelers may face, saying only that the process will involve a casual greeting.

The initiative is based on law-enforcement and security programs used across the world, he said.

But it has been compared to the security measures used in Israel.

That country's system, marked by its aggressive questioning of passengers, is praised by many experts as one of the most secure in the world.

Israel's airline, El Al, has prevented terrorism in the air by making sure every passenger is interviewed by a well-trained agent before check-in, said Isaac Yeffet, the former head of security for El Al and now an aviation security consultant in New York.

Some passengers at Tel Aviv's Ben Gurion Airport are questioned by more than one security officer.

Watch: Best security in the world?

Yeffet described what the process would look like if airports around the world were to follow the Israeli model.

"We check your passport. We want to find which countries you visited. We start to ask questions, and based on your answers and the way you behave, we come to a conclusion about whether you are bona fide or not. That's what should happen."

There is no profiling in TSA's program, Soule insisted.

"Officers are specifically trained to keep questions purposeful and related to detecting a passenger's intent. This program is in no way related to passengers' race or ethnicity," Soule said.

There are other criticisms of behavior detection as well. A scientific consensus does not exist on whether behavior detection principles can be reliably used for counterterrorism purposes, the U.S. Government Accountability Office said in a report last year.

But the TSA insists the program is working. SPOT has resulted in more than 2,000 arrests nationwide, Soule said.

"TSA has long recognized the value of a layered approach to security," he said.

"We continue to focus more of our resources on people who potentially pose a threat to aviation in addition to the system's current focus on high risk items."